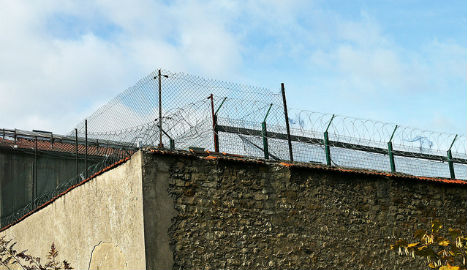 The Charles III prison in Nancy (not where the Norwegian mental patient is imprisoned). Photo: alainalele/Flickr

The man, who Norwegian police consider to be dangerous, had spent three years in a psychiatric hospital in Arendal, with a court ruling that he was unfit to return to society.

Faced with the prospect of a further three years' confinement, he escaped from the treatment facility, aiming to take refuge in Spain.

The man was caught by French police in January this year, as he had no documents and the country was on high alert following the terrorist attack on the satirical weekly Charlie Hebdo.

He has been held in a French prison ever since the local police learned that was on the run from a Norwegian psychiatric hospital.

“In France, the wheels are turning slowly,”  the man's lawyer Erik Bryn Tvedt told local Agderposten newspaper. “After a court upheld the detention and extradition, the case was sent to the French Ministry of Justice.

Now they have accepted everything the Prime Minister and Minister of Justice need to sign the extradition document, and that is where the case has been held up.

Tvedt has visited his client in France twice, and says that despite being kept in a jail, the man fears being forced to return to Norway, as he does not want to be forced to take medication.

“Well, he is inside with 600 others, he doesn't speak the language, they go outside twice a day for half an hour,” he said. “Despite all this he would rather be there than come home and be forced to medicate.”

“He is very concerned that he has managed well in the French prison without any kind of medication or help from doctors.”

Tvedt now hopes that his client will be returned to Norway, and that he will not be forced to take medication against his will.