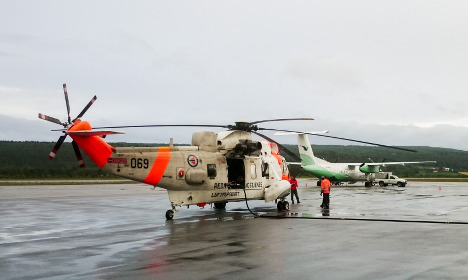 Two Danish men and a six-year-old boy died in an apparent canoeing accident while on a lake in a nature reserve that stretches across Sweden and Norway. The boy was the son of one of the men.

The Danes were found lifeless in Rogen Lake, which is a part of the Norwegian national park Femundsmarka but primarily on the Swedish side of the border.

“They were found in the water. The three of them had been on a canoe trip and all three had life jackets on. Femundsmarka is a large river system with a lot of secondary rivers,” Jan Lillebøe, a Norwegian rescue worker, told Norway’s Verdens Gang newspaper.

The Danes had rented a canoe that was supposed to have been returned on Wednesday. When they did not come back with it as planned and Danish family members reported not having heard from them, a search operation was set in motion. Both Swedish and Norwegian officials participated in the search.

Helena Hroh, a spokeswoman for the Swedish police in Östersund, told Svenska Dagbladet that one of the three victims was a frequent visitor to the area and a seasoned outdoorsman. She said that the cold water temperatures in Rogen Lake may have been a contributing factor to the three deaths.

Swedish officials are expected to carry out autopsies as early as Friday and police have been in contact with the victims’ families.