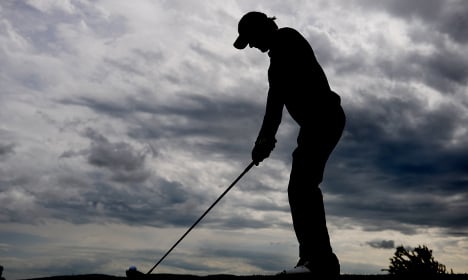 Aiming for a hole-in-one with a number two. Photo: Frank May / NTB scanpix

Greenskeeper, Kenneth Tennfjord, is the man tasked with dealing with the perpetrator’s deposits.

“He has a couple of favourite holes,” he told Norwegian newspaper, Rogaland Avis. “And we know it is a man because the poos are too massive to be from a woman,” Tennfjord says.

Tennfjord has also noticed a change in the quality and consistency of the man’s nocturnal number twos. “In the early years the stools were relatively hard but they’ve changed. Perhaps he’s been taking laxatives or maybe he doesn’t have the best diet,” says Tennfjord.

The poos were first noticed in 2005. Then, like now, they tended to be accompanied by toilet paper.

In the early days it was also obvious that he arrived by bike. “In the early morning dew we observed bicycle tracks on the course. Footsteps showed that he had done his business, and the bicycle tracks disappeared back the way they came,” says the managing director of Stavanger Golf Club, Steinar Fløisvik.

The golf club even installed high-powered spotlights around the miscreant’s favourite holes to try to discourage him.

But, incredibly, he disabled them, according to another greenskeeper, Frode Jørmeland.

“He climbed up a tree next to the lights and wriggled far out on a branch and dismantled the spotlights. How he managed the feat without electrocuting himself or falling is a riddle.”

The golf club have applied for a permit to install a surveillance camera, but the application was denied.

Flöisvik has theories about the offender. “Our idea is that it could be someone who, for unknown reasons, hates the game of golf. Alternatively, the person may have a fetish or suffer from mental problems.”

Kenneth Tennfjord, however, has one interesting snippet of extra information.

“He poos only on weekdays. On weekends I have never found poo on the golf course.” 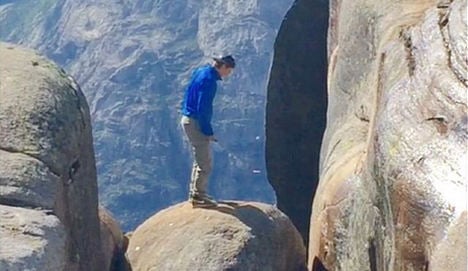 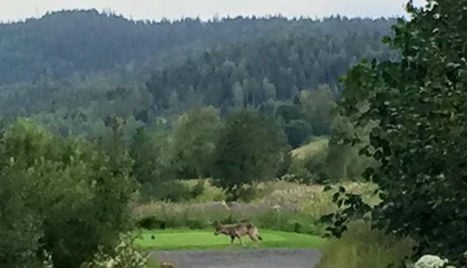