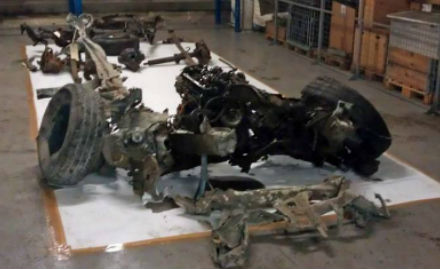 The remnants of the car bomb used by Anders Behring Breivik. Photo: Norwegian Police
The information centre on the July 22 attacks will exhibit the engine block, tyres, and parts of the bodywork from the hired Volkswagen Crafter van the killer parked under the government tower block in central Oslo.
It will also display the fake ID and police insignia the killer made for himself, and the equipment bag he took to the island of Utøya.
Norway’s minister of Local Government Jan Tore Sanner said it was important to set up a “centre of learning” so that Norwegians both young and old can understand what happened.
“Knowledge is our most important weapon in the fight against violence, hatred and extremism,” he told Norway's Aftenposten newspaper. “That’s why we want to show exactly what happened and omit no part of the story.”
Breivik’s bomb, made of fertiliser and fuel oil, killed eight people and injured at least 209 people.
A further 69 people were killed and 110 injured when he opened fire at a Labour party youth camp on the island of Utøya.
The Norwegian University of Science and Technology (NTNU) was commissioned to design the information centre which will open on 22 July, the fourth anniversary of the attack.
Tanner conceded that visiting the centre, which will be housed on the first floor of the government tower, would be painful for many.
“For anyone who lived through July 22, the events are an open wound that still hurt, but we must pass this painful part of our recent history in an honest way. The centre shows what actually happened.”
Tor Einar Fagerland, from NTNU’s Department of Historical Studies, who designed the exhibition, said the exhibition team had decided to rely on text from the 2012 court judgement rather than write their own.
“These are unbiased texts that explain exactly what happened. For us, these are the strongest instruments. It must have been painful to write these texts in 2012, and it is painful to read the texts today.”
The exhibition will be open for at least five years, and is expected to be used for educational school trips as well as for the general public. 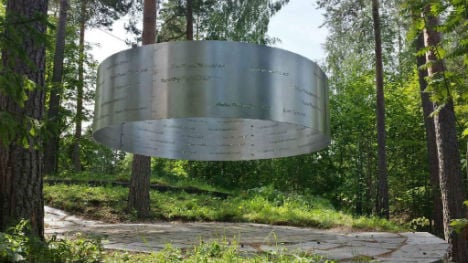 UTØYA
Utøya memorial has been completed 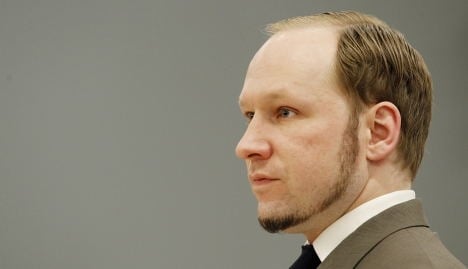