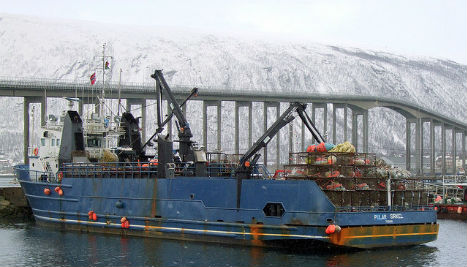 With the harvest of valuable king crabs more than quadrupling since last year, Western Finnmark's fishing fleet is being bolstered by newcomers from across the country.

“People are coming from Lofoten, from Troms and from Eastern Finnmark to fish,” Håkon Yngve Karlsen, Managing Director of North Cape King Crab told NRK. “There has been a large increase of boats coming in and this will have knock on effects in the community as they buy provisions and order repairs.”

As a result, North Cape has already had to hire five additional staff to handle the increase in volumes.

So far some 417 tons of king crab have been caught so far this year compared to 102 tons last year.

Jan H Sundet, a scientist at Norway’s Institute of Marine Research said that he believed that the increased catches would soon bring the crab population down to more normal levels.

“I don’t think the boom will last very long, maybe a year, because the stock will be fished down,” he told NRK. “It could be that next year a crab boom pops up in a new area.”