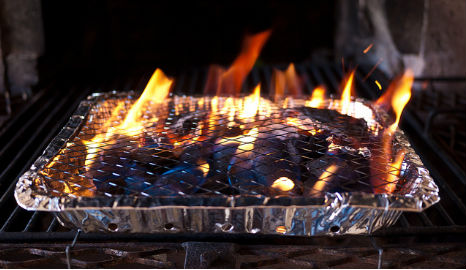 The man then died from from carbon monoxide poisoning.

Rubirosa Irgens, 31, told a Norwegian court that she had been driven into a rage by 61-year-old Helge Ove Irgens on the night of the killing, resolving to asphyxiate him on impulse.

“The evening in question, the two had an argument and my client acted in a state of anger,”  Jannicke Keller-Fløystad, the woman's defence lawyer, told Norwegian broadcaster TV2.  “The accused testified that her husband had treated her very badly over many years and that it peaked on the evening of the murder.”

The prosecution showed that in the three weeks running up to the murder in June last year, Rubirosa Irgens carried out more than 250 internet searches related to effective methods of killing someone.

Searches included: ‘How do you poison someone without getting caught’, ’Best poison to use to kill someone and not get caught’, and ’Can rat poison kill humans?’.


On the same day that she did the rat poison search, she also bought some, but does not appear to have used it on her husband. In court she claimed she had needed the poison because of a problem with vermin in their house.

Regina Irgens, the daughter of the murdered man, told Norway’s VG newspaper that police had repeatedly refused to examine the suspect grill when they found it in their father's garage.

“Among other things, I called the police and told them that I had found a disposable grill in the garage that was used, but that nothing had been barbecued on it,” she said. “The police did not want that grill. They said it wasn’t relevant, which is completely incomprehensible because at the time they knew that Dad had carbon monoxide poisoning, and they didn’t know what the source was,”


Keller-Fløystad told VG that her client had admitted to researching killing methods on the internet whenever the couple had a row.

”My client explained that from time to time she went online to search for killing methods when the couple had a fight. She had been pondering the thought of taking both her own and her husband’s life, but she eventually decided not to. The day it happened, something escalated.”

Irgens, who ran a driving school, had previously had a gastric band fitted to combat his extreme obesity.