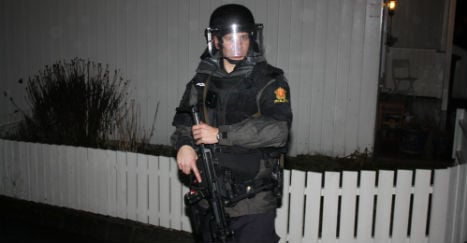 According to Police Threat or Use of Firearms 2002-2014, this marks a slight decrease from 2013, when police shot their weapons three times, injuring two people.

Norwegian police brandished firearms on just 42 occasions in 2014,  the lowest number of times they have drawn their weapons in the last twelve years.

However, they can hardly be considered trigger happy even in 2005 and 2010, where they brandished their guns 75 times.

They have killed only two people in shootouts over the twelve year period, the statistics reveal, with fatal police shootings in 2005 and 2006.

Even in 2011, the year of the Utøya terror attacks, the Norwegian police only fired one shot.