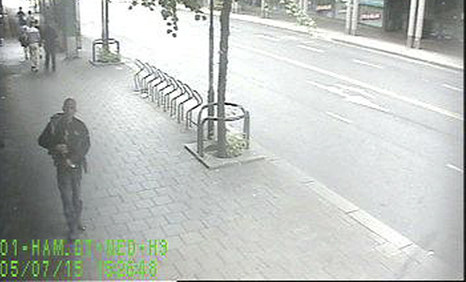 Witnesses claim that they saw an elderly gentleman walking through central Oslo on Sunday afternoon, carrying a guitar case.

“He then opened up the case and pulled out what looked like a machine gun”, said Andre Kråkenes, operations manager at the Oslo Police.

“The man then aimed the weapon at a passer-by and pulled the trigger. It clicked, but no shots were fired.”

“Then he ran off. After this, there have been no sightings of him,” says Kråkenes.

“A police patrol has since found the weapon inside a Starbucks,” the police later confirmed.

“We're still looking for the suspect and monitoring CCTV footage,” the police said on their Twitter feed.