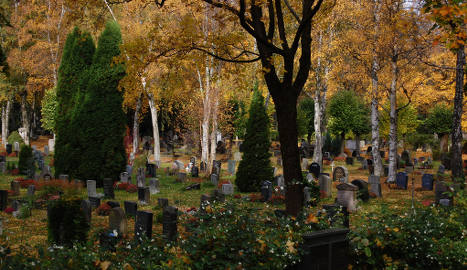 Oslo residents may soon be choosing their own plot in Vestre Gravlund if the trend continues. Photo: Anne-Sophie/Flickr
When Olav Magne Mjølhus died peacefully last week, he had been planning his death for over a year, writing the death notice that was published in the local paper Stavanger Aftenblad.
The notice reads:
There were many who died before
Now there are so many more who are dying
Death has now caught up with me.
The next one may well be you.
According to Arvid Steinum, the priest who runs Stavanger's Alpha undertakers, Mjølhus first came to him more than a year ago, when he was showing no sign of illness.
“I said 'you look as very healthy' and his doctor thought the same,” Steinum told Stavanger Aftenblad. “He thought Olav Magne would live until he was one hundred.”
Mjølhus had been deeply impressed by a radio programme he'd listened to about tombstones from 500-600 years ago whose inscriptions combined homespun philosophy with humour, Steinum explained.
He had particularly liked a plaque in Stavanger Cathedral which declared: “Remember you will die”.
According to Steinum more and more of his clients are soon-to-be deceased rather than recently bereaved.
“We are seeing that more and more people want to plan their own funeral, but I've checked with my entire network of undertakers and no one has heard of anyone else who has written their own death notice,” he said.
He said that he had tried to discuss with Mjølhus what effect the death notice might have.
“It doesn't matter. I'll be dead,” he had replied.
In May this year a Danish woman who died from breast cancer wrote a death notice that informed readers that she had ”died under protest”, causing a viral sensation on the internet.