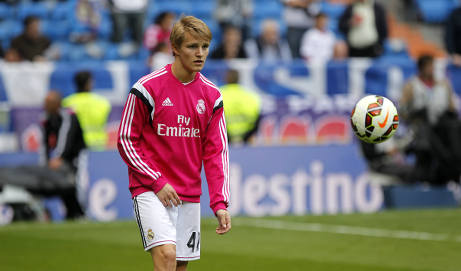 Martin Ødegaard on the bench at the Estadio Bernabeu before Real Madrid's match against Almería last month. Photo: EFE / NTB scanpix
The Drammen-born wonder boy smashed the previous record held for over 30 years by Spanish striker Sebastian Losada, who was 17 years and 6 days old when he first played for the team in 1984.
“I was a little bit nervous about playing in front of so many people,” Odegaard said after the match. “But I tried to enjoy the moment. It's a special day, I feel very proud and very happy.”
Ødegaard was called off the substitute’s bench 58 minutes into Real Madrid’s 7-3 victory, ending his frustrating four-month wait playing for Madrid Castilla, which function’s as the Real Madrid b-team.
Once on the pitch, he came close to helping add a goal to Real Madrid’s tally, making a brilliant pass which team-mate Jesé Rodríguez Ruiz then failed to convert into an easy goal.
Ordegaard was courted by some of the world’s biggest clubs including Manchester City and Bayern Munich before opening to jon Real Madrid.
Real Madrid’s outgoing manager Carlo Ancelotti came under fire earlier this year for repeatedly denying Odegaard his time in the limelight, but he maintained firmly that the young player would have to wait until the right time. 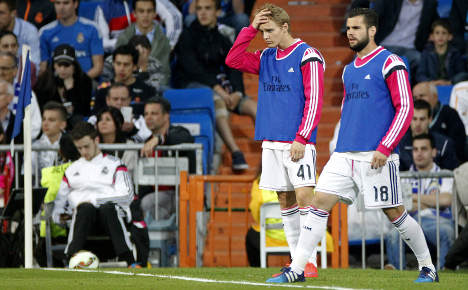 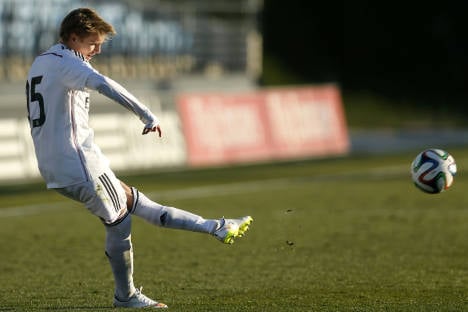