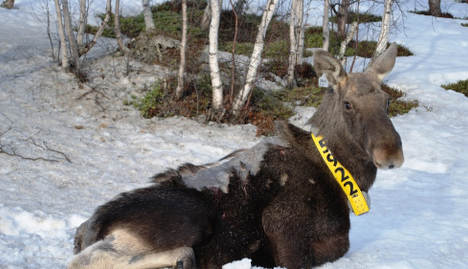 An elk displaying a hairless patch. Photo: Knut Madlien/Norwegian Veterinary Institute
The elk are devoid of fur over much of their backs and side, with the bald patches beginning just below the neck.
Elk researchers from Norway’s National Veterinary Institute do not as yet understand what is causing the condition, nor how the elks have survived the area’s bitter winter temperatures, which go down to -40C.
“Because we do not know yet know the reason why the elk suffer hair loss, we can not rule out it being contagious,” Knut Madslien, one of the researchers, told NRK.
This Easter, Madslien and his team caught some of the elk and fitted them with GPS transmitters, so that they could be followed over the next three years.
Kurt Våga, an elk keeper, said that the animal looked surprisingly healthy given how much hair it was lacking.
“It looks in good nick. I have never experienced hairless animals, other than those with scabies, and those get terminally ill quite quickly,” he said.
Elk is southern Norway sometimes lose fur due the deer fly parasite, but that does not exist as far north as Finnmark. 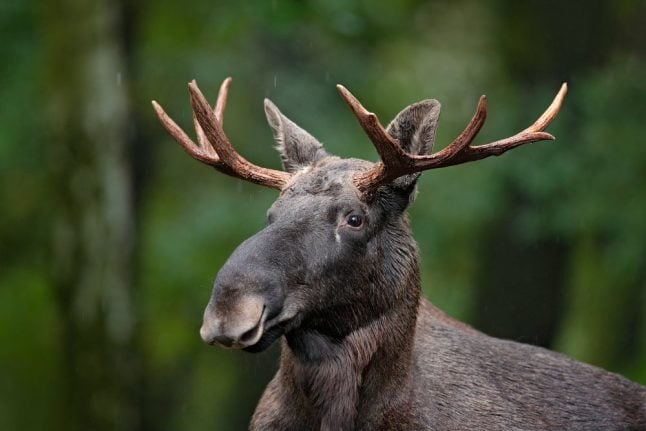