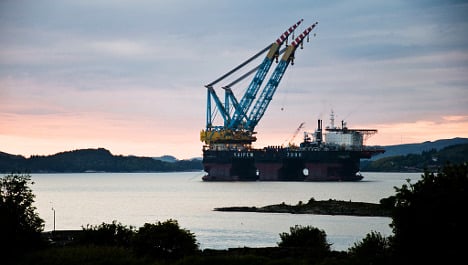 Norway is often held aloft as an example that the UK could follow in discussions about a potential British exit from the EU (the so-called Brexit). The Norwegian experience with the EU is unique. It shows it is possible for a country to be economically associated to and, at the same time, politically separate from the EU.

One important, yet difficult, question is of course whether the “economic-only” type of membership is superior to an “economic-plus-political” one. Our recent research shows that being politically a member of the EU, as well as having an economic union, does generate significantly more economic benefits.

European integration has always explicitly been a political as well as an economic process. The choice of a customs union model instead of a free trade area, as enshrined in the Treaty of Rome, underscores the agreed direction of travel as one towards deep integration.

The substantial politically driven pay-offs from integration strongly challenges the idea that EU benefits are mostly related to economic integration. Our research shows that costs are not related to the politics of membership. Instead, they bring with them real economic benefits.

Disentangling the costs and benefits from “economic-only” and “economic-plus-political” integration is full of difficulties and has not, to the best of our knowledge, been attempted previously. We put forward a strategy that draws on the unique natural experiment that Norway has been in having only an economic relationship with the EU.

Norway fulfilled all EU entry requirements, completed accession negotiations and accepted founding membership in the European Economic Area, giving it unrestricted access to the single market. But in a national referendum in 1994, Norway decided to reject fully-fledged EU membership. According to the European Commission, Norway was then as ready to join the EU as other candidates (such as the UK, Denmark and Ireland in 1973, and Sweden, Finland and Austria in 1995).

The discovery of oil reserves preceded the first EU referendum in 1972 and then the discovery or natural gas preceded the second one in 1994. Norway is the only country to have voted twice to reject EU membership. Understandably, the strength of its energy (and fishing) resources is central to understanding why. Because it rejected full membership in 1994, Norway enjoys the benefits from economic integration with the EU but not the political ones.

Our new study uses two statistical methods, applying regional annual data from Austria, Finland and Sweden from 1985 to 2000 to estimate the productivity of Norwegian regions before and after the 1995 EU enlargement. Based on the relative gains these countries made from joining the EU and accounting for their country-specific differences, we constructed hypothetical Norwegian regions, as if they had EU membership from 1995 onwards.

Our main finding is that there are substantial economic benefits from being politically part of the EU. If Norway had joined the EU in 1995, productivity levels would have been 6% higher in an average Norwegian region between 1995 and 2000. Of the seven official Norwegian regions, only one (Oslo) shows lower productivity when hypothetically part of the EU – but this exception actually reinforces our interpretation that there are economic benefits to be had from political integration. Even without fully-fledged membership, economic-only integration boosts the productivity of the capital city region thanks to its high level of human capital, growing financial sector and efficient public sector.

By contrast, the other regions remained shielded from competition through generous subsidies and protection of traditional Norwegian activities (such as fisheries) which full-fledged membership would not have allowed.

Another corroborating piece of evidence is the simple correlation between the estimated political economy benefits and sectoral shares of employment. We show that regions with relatively large energy and fishery industries lose (in productivity terms) from non-membership. Meanwhile regions with relatively large financial and public sectors benefit from non-membership.

Applying this evidence to the British case, it suggests that a Brexit would not only entail heavy losses to the UK from diminished international trade, foreign investment, financial globalisation and migration. But also that these losses are likely to be augmented by the loss of politically-driven benefits.

The experience of the sections of the Norwegian economy that benefited from a non-political relationship with the EU – the financial and public sectors – is also not good news for those people who think Britain should only have an economic relationship with the EU. In the UK the public sector is very different from the Norwegian one and the financial sector is mostly concentrated in London. This suggests that increasing regional disparities in the UK should be counted as an additional cost of Brexit.

Finally, a proper understanding of Norway-EU history shows that this relationship is idiosyncratic and unlikely to be successfully replicated elsewhere. The very notion of replicating Norway’s relationship with the EU is full of uncertainty. This is because EEA membership is not automatic and, more importantly, it is unlikely it will be offered in the same generous terms enjoyed by Norway, as an EEA-founding member.