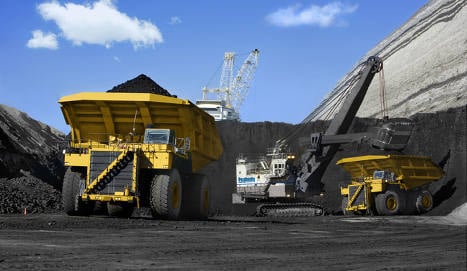 A coal mining operation run by Peabody Energy, one of the world's few pure-play coal miners. Photo: Peabody Energy
Yngve Slyngstad, the head of Norges Bank Investment Management (NBIM) which runs the fund, told the financial committee of Norway’s parliament that the fund held shares in coal mining companies worth 493m kroner ($65m), down from 805m kroner at the end of 2014.
He also revealed that the fund had suggested to integrated mining companies in which it invests that they spin off their coal assets.
“We have requested plans for transition to low-carbon energy systems. We also raised the question of spinning off coal mining,” he said.
Terje Breivik, an MP with the Liberal Party, argued that parliament should go further and vote to force the fund to divest all coal-exposed companies.
“It’s positive that the fund regards coal assets as risky and has reduced its coal holdings, but we still think the parliament should vote to exclude some of the most coal-exposed companies,” he said.
Heffa Schücking from the Urgewald pressure group downplayed the significance of divesting from pure-play coal companies, estimating that the fund held shares worth 85.7bn kroner ($11bn)  in companies involved in the coal business, either as producers or consumers.
Url copied to clipboard!