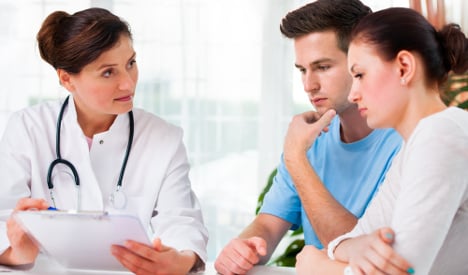 Photo: Shutterstock.
The study, carried out by the chemists Superdrug, using Google Trends, ranked Montenegro second in terms of herpes searches, followed closely by Norway's neighbour Sweden.
No country in Europe, however, came close to the United States in terms of how often residents sought information on the irritatingly persistent virus, with only residents of  five countries in the Caribbean, the world’s unrivalled herpes hotspot, making more searches.
HIV and AIDS are by far the most searched for STDs globally, with African countries massively leading the way in per capita searches.
People in Switzerland made the most searches about syphilis in Europe, while those in Albania made the most searches for HIV/AIDS.
Russia and Belarus, meanwhile, made the most searches about Gonorrhea.
In the UK, there were more search about chlamydia than any other  STD, indicating that the Google Trends-based study may throw some light on the actual prevalence of STDs.
According to official figures, chlamydia is the most commonly diagnosed STD in the UK.
The study was first reported in the Daily Mail.
Url copied to clipboard!