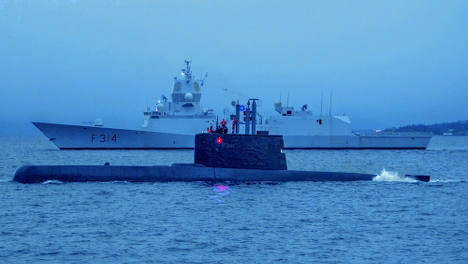 More than 10 ships and submarines as well as aircraft and helicopters would participate in the exercise between May 4 and 13 in the North Sea and in Skagerrak, the strait between Norway and Denmark.

The drills will take place against a backdrop of growing Russian military activity in the region, and as Moscow and NATO face their worst crisis since the Cold War due to the conflict in Ukraine.

Neighbouring Finland, which is not a member of the military alliance, said on Tuesday that its navy had fired warning shots at a possible submarine in the waters off Helsinki.

In October, armed forces in Sweden — also not a NATO member — hunted unsuccessfully for a week for what they believed to be a foreign submarine in waters close to Stockholm after several observations were made.

"There is no link between the exercise, planned for a long time, and what happened in Sweden and Finland," Brynjar Stordal, a spokesman for the Norwegian army, told AFP. "But what happened in those countries further demonstrates the relevance of such an exercise."

Norway, the northernmost NATO member to share a border with Russia, last year noted an increase in Russian military activity as Moscow grows its military presence in the Arctic.