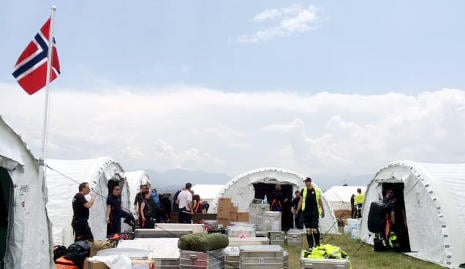 Norsar's camp at Kathmandu airport. Photo: Norsar
“Now we are really ready to get started,” Kim Erik Larsen, from the Oslo fire department, told VG, shortly after departing the group’s plane in the early hours of Tuesday morning.
He denied that their flight’s long delay in Baku, Azerbaijan,
due to a shortage of parking space at the airport in Kathmandu, had yet made their mission futile.
“There have been several examples of people that have survived up to 10 days. So the story says that it is not too late. We should at least do our best,” he said.
According to Jim Olav Hansen, Managing Director of Norwegian Search and Rescue (Norsar), the team’s leaders spent the early morning in a meeting, learning where they were to be posted.
“Right now, the Norwegian rescue team in a military camp at the airport in Kathmandu, where the group’s leader is meeting with those coordinating the extensive rescue operation in Nepal,” he said in a statement. “At the meeting they will receive a briefing on where in Nepal they will be sent.”
Over 5,000 people have so far been confirmed killed by the fatal earthquake that rocked Nepal on Saturday, with the country’s authorities expecting the official figures to continue to climb.
The Norwegian team includes doctors, air ambulance, military personel, fire personel, and six rescue dog and their handlers.
“The way we are put together, with the particular blend of expertise, we can do almost everything – everything from search and rescue to relief,” Larsen said.
The Norwegian Airlines plane that brought the volunteers to Kathmandu returned to Norway on Tuesday morning, evacuating 97 people from disaster-hit areas.
Among them are students from Seljord Folkehøgskule, who were on a trip to Kathmandu when the earthquake struck, nine Finnish citizens, two Swedish citizens, one Dane, one Nepalese person, and a badly injured climber from Ireland together with the doctors treating him. 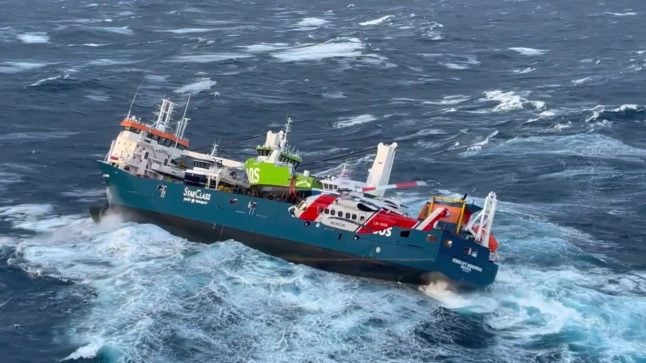 The 12-man crew of the “Eemslift Hendrika” was rescued Monday in a challenging two-stage operation after they issued a distress call while steaming from Bremerhaven in Germany to the Norwegian port of Kolvereid.

The cargo ship was carrying several smaller vessels, and began to list after high winds and huge waves displaced some of its cargo.

The “Eemslift Hendrika” also suffered an engine failure and started drifting towards the Norwegian coastline.

Eight of its crew members were airlifted by helicopter from the cargo ship’s deck by Norwegian rescue services but the last four had to jump into
the water to be plucked from the sea.

Video images showed strong waves rocking the ship as it listed to the starboard (right) side.

Towing operations were due to have begun Thursday, but the ship deviated from its predicted trajectory and drifted even closer towards the coast,
prompting maritime authorities to rush into action.

“The tow is now attached,” the Norwegian Coastal Administration(Kystverket) said on its website late Wednesday. “The risk of grounding has
been averted.”

On Thursday, the “Eemslift Hendrika” was being towed slowly towards the Norwegian port of Alesund and Kystverket said “no particular challenges” had been encountered overnight. 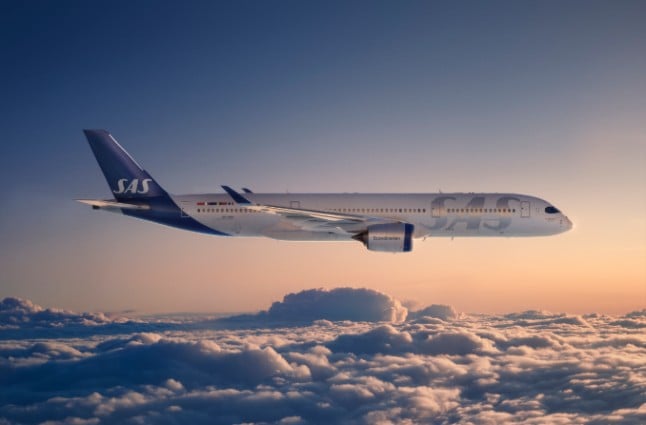 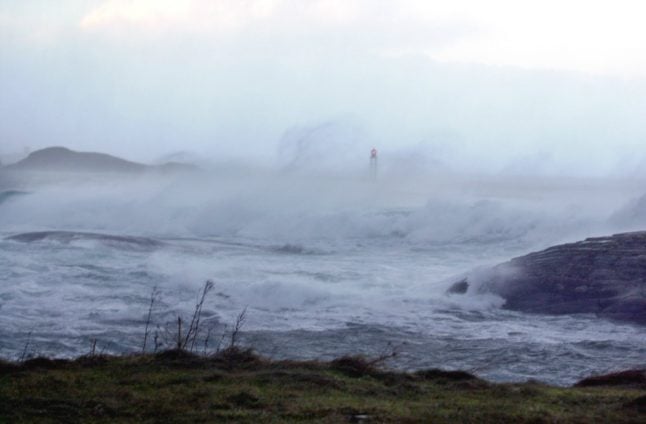