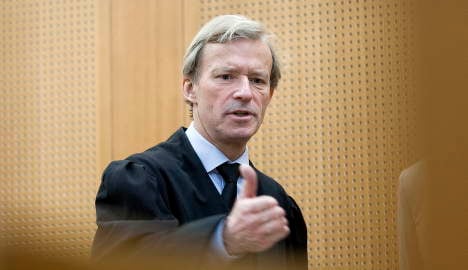 Defence lawyer Frode Sulland argues the Norwegian police were too reliant on FBI evidence. Photo: Thomas Winje Øijord / NTB scanpix
The man has been in Norwegian custody since October last year after he was arrested for his alleged links to the sale and development of Citadel, a Trojan virus used for stealing personal information such as passwords and bank details.
Citadel is a version of the botnet Zeus that has infected millions of computers world wide, mainly through spam e-mails and phishing messages. Cybercriminals can then gain access to a powerful web of computers, a botnet, undetected by to the owners of the infected computers, which they can use for illicit bank transfers or other criminal activities.
The Russian software specialist, who is in his 20s, moved to Østfold in Norway about a year ago, where he worked for a local IT company.
Both the FBI and its Norwegian counterpart Kripos have interrogated the man, who has denied all charges.
“My client is very relieved by the court’s decision, and that they have found insufficient grounds for suspicion,” defence lawyer Frode Sulland told Norway's Aftenposten newspaper. “The ruling shows that Norwegian police have relied overly what was given to them by the FBI and have not made a sufficiently independent assessment of the evidence.”
The FBI believes that the Russian programmer has distributed around 50 files which have then been used to install Citadel, and have found links to his IP address in both Norway and in the Ukraine, where he previously worked.
Josef Noll, Professor of Wireless Networks and Security at the University of Oslo, told the court that the most likely explanation for the links to his IP address is that the Russian man’s computer was itself infected with viruses.
He added that any computer literate person can easily hide their IP-address, while the man had never tried to conceal his identity online.
According to Russian newswire TASS, the prosecution has appealed the verdict and the accused hacker remains in custody pending a decision on the appeal. 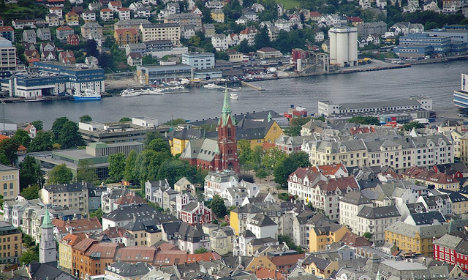 The city of Bergen is seeing a resurgence in mumps infections. Photo: Percita/Flickr

Over 80 people are currently infected with mumps in Norway, well over the previous record set 15 years ago, Science Nordic reported this week.

According to Margrethe Greve-Isdahl, the chief physician at the Department of Vaccines for the Norwegian Institute of Public Health (NIPH), the normal annual figures are between eight and 35 people so the current number represents a major outbreak in Norway.

The recent outbreak of mumps reportedly stems from international students in Trondheim who were unsure if they had been vaccinated against the virus, Greve-Isdahl said. The NIPH suspects that the infection may have been spread at a student cultural festival in October, where the infected students from Trondheim came into contact with students from across Norway.

Three infection cases in Oslo and four in Bergen are all connected to the student community and the number infected in Bergen is most likely higher, according to officials.

The University of Bergen is taking steps to inform students about mumps by urging students to take extra precautions to prevent its spread.

The Norwegian-born students affected by the virus were in the age bracket to have received the MMR (measles, mumps and rubella) vaccination that was introduced in 1983, and those who contracted the contagious disease report that they were indeed vaccinated.

Greve-Isdahl explained to Science Nordic that “the mumps component of the MMR vaccine is the weakest one in the vaccine, and its effect can diminish over time, at least in some people.”

NIPH is recommending a second dose of the mumps vaccine primarily for individuals “who are missing one or both vaccine doses,” Greve-Isdahl said.

A recent press release from the municipality of Bergen is encouraging anyone who has been in close contact with a person infected with mumps to get a booster dose of the MMR-vaccine, regardless of their vaccination history.

Although the mumps virus can cause fever, headache, fatigue and swollen glands, Greve-Isdahl stressed that it is not in same dangerous league as the measles or rubella.

“We included mumps in the MMR vaccine because we want to limit the disease for the sake of boys. Boys who become infected after puberty may have complications with inflammation of the testicles, which can impair their ability to have children. These fertility problems may go away over time, so sterility is rarely long-term,” she told Science Nordic.