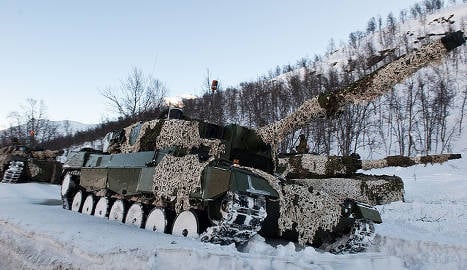 A Norwegian Leopard 2 tank on exercise. Photo: Soldattnytt/Flickr
The country's minister of defence, Ine Eriksen Søreide, said Norway would spend 3.6 billion kroner on building Norway's first anti-aircraft battery and modernising its squadron of German-made Leopard 2 tanks, amongst other defence projects.
”This will further increase the military's operational capability,” she told Norwegian broadcaster NRK.
Several defence experts in Norway have been calling for more troops and better capabilities close to the Russian border.
”Russia’s actions in Ukraine and the annexation of Crimea has shown the challenges of being a small neighbouring country to a superpower with global ambitions,” Jacob Børresen, a former Navy commander, told NRK.
Russia have been behaving increasingly  aggressively in Scandinavia and the Baltic since its annexation of Crimea, frequently breaching air space. This has led the Nordic countries to increase their co-operation to thwart a potential Russian military threat.
Some experts see the Russian behaviour as a return to old Cold War tactics.
“A chill has returned,” Heather Conley, senior vice president for Europe, Eurasia and the Arctic at the Center for Strategic and International Studies told the Washington Post.
“It’s not a full-blown Cold War, but we are starting to see some new and troubling signs of Russian aggression.”
Norwegian Prime Minister Erna Solberg was also highly critical of the developments in Russia at the Conservative Party’s annual conference today.
”It saddens me to see a county that has given the world so much now developing in such a negative way," she said. "Democracy and freedom of speech have come under pressure in Russia. Russia has violated international law and annexed part of another state and destabilised Ukraine.” 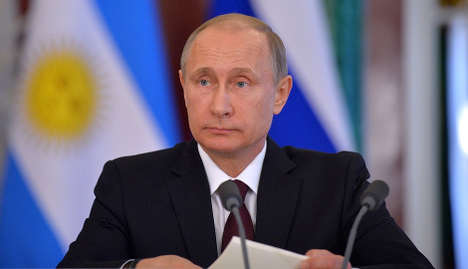 RUSSIA
Norwegians disapprove of Putin most in world 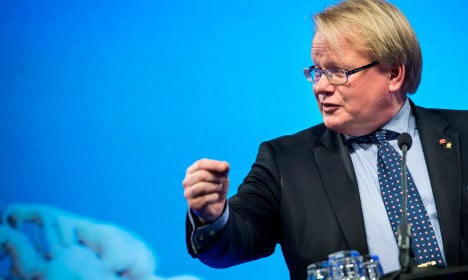