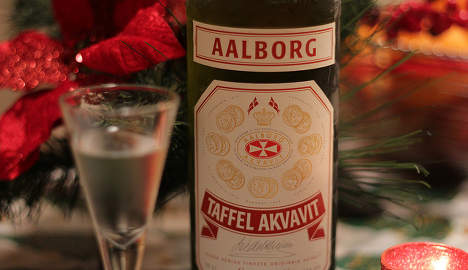 Aalborg Aqvavit: now made in Oslo. Photo: Flickr|Lemsipmatt
After 84 years of production in northern Jutland, Danish Distillers (De Danske Spritfabrikkerne) made its final batch of liquor on Danish soil on Monday.
The company, which produces such iconic Danish spirits as Gammel Dansk and Aalborg Akvavit, has shut down its production in Aalborg and relocated to Norway.
“It is a very important brand worth a lot of money. And we think it is important to hold tight to the fantastic history created by Aalborg Akvavit,” Lars Kragelund of the Norwegian firm Arcus Gruppen, which owns De Danske Spritfabrikker, told DR.
Ever since Danish Distillers established its Aalborg factory in 1931, spirits bearing the city’s name have been sent around the world.
The company also produces the iconic bitter Gammel Dansk, a mainstay on Danish tables at major holidays.
Now the tradition-rich Danish brands will be produced in Norway. The names, however, will remain the same.
“We are saying goodbye to a significant company that has been a part of Aalborg’s brand for many years. I think there are a lot of people who think it is sad,” Aalborg’s mayor, Thomas Kastrup-Larsen, told broadcaster DR.
Danish Distillers’ 14 employees at the Aalborg facility are out of a job with the move. As the final batch of schnapps left the facility on Monday, they sent it on its way with a melancholic rendition of a Danish drinking song.
Url copied to clipboard!