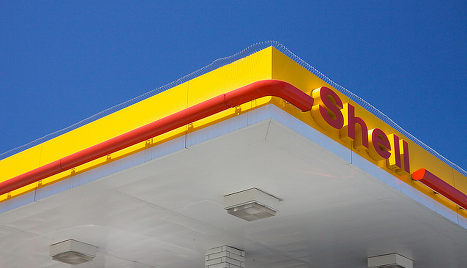 A Shell station in the US. Photo: Marcin Wichary/Flickr
The fund’s manager Norges Bank Investment Management (NBIM) on Wednesday announced that it planned to back the resolution, originally tabled by the Church of England's fund managers, the first time that it has ever made its voting intentions known ahead of a shareholder meeting.
“As a long-term investor, we believe that the identification of future scenarios for climate regulation, carbon pricing, and environmental conditions is a useful tool to support strategic decision-making and we thereby support these resolutions,” Petter Johnsen, the fund’s Chief Investment Officer for Equity Strategies, said in the statement.
CCLA Investment Management, which manages the Church of England's £1.5bn investment fund, launched the 'Aiming for A' coalition in 2012 along with the £150bn Local Authority Pension Fund Forum (LAPFF) and Rathbone Greenbank, the ethical fund manager.
In December the coalition announced plans to table the resolution at Shell and BP's Annual General Meetings.
BP's board in February itself advised shareholders to back the motion.
NBIM said in its statement that it intended to publish its voting intentions in advance of the annual shareholder meetings of “a selected number of companies” (it later told the FT that it would target around ten), focusing its interventions on “certain fundamental issues that we emphasize in particular”.
The oil fund is increasingly positioning itself as an ethical investor, last year selling investments in 49 mining companies whose businesses it argued were not environmentally sustainable.
Url copied to clipboard!