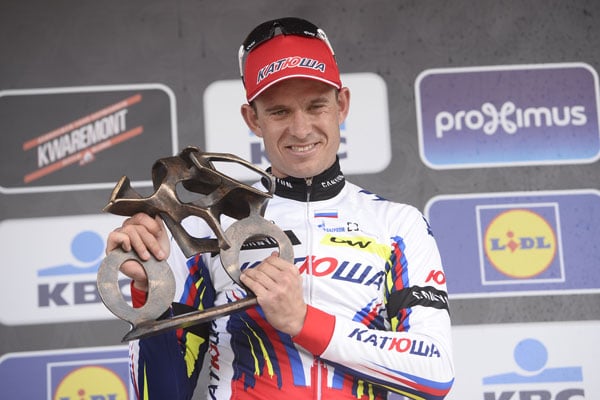 But it was a breakaway led by last year's Paris-Roubaix winner Terpstra 30km from home that made the difference with only 2014 Milan-San Remo winner Kristoff able to follow, winning his second 'Monument' race.

"I raced here a lot as a young rider, I watched this race a long time before I got the chance to participate," said Kristoff, 27.

"The dream was just to participate, not to win it. Now I have also won it's a great feeling. I can't describe it."

It was a break on the Kruisberg climb, the third last of 19 on a brutal day that covered 264km, that made the decisive split.

Terpstra knew that Kristoff was the better sprinter by far, although both had shown great form in the last month with the Norwegian finishing second to John Degenkolb in the defence of his Milan-San Remo title before winning Three Days of De Panne last week, having triumphed in three of the four stages.

Pre-race favourite Geraint Thomas was unable to shine and hamstrung by close marking. He rolled over the line outside the top 10.

Alexander Kristoff humbly played down comparisons with compatriot Thor Hushovd after the win, even though the younger man is rapidly making a name for himself as both a sprinter and a Classics specialist.

It was his third straight top five finish in Flanders while he won Milan-San Remo last year, was second this year and eighth in 2013.

He also won two stages at last year's Tour de France and took bronze in the Olympic road race in 2012.

But he says he has a long way to go to overtake Hushovd, who in 2010 was the first ever Scandinavian to win the World Championships road race.

"Now I have won two 'Monuments' so I'm getting closer, but he delivered for many years," said Kristoff, who rides for Russian outfit Katusha. "If I keep putting results together, maybe I will get closer."

Hushovd retired at the end of last year at 36 years of age having set a number of records for a Scandinavian cyclist: He was the first winner of the World Championships in 2010 and won a record number of Grand Tour stages — 14, including 10 at the Tour de France.

He was also the first Norwegian to wear the Tour's fabled yellow jersey in 2006, wearing it again in 2010.

Hushovd, though, was a specialist sprinter, as well as a handy time-triallist, and never won a Monument race.

Ironically, his greatest successes came in the same two races that favour Kristoff.

But Kristoff, 27, wants to concentrate more on the Classics, believing that will help him extend his ability to win big races.

"I wanted to be good in the Classics and not only a sprinter," he said.

"To win Flanders is proof that I'm good in the Classics. This is where I can make results. As you get older, you get slower and maybe sprinting will be more difficult, but at the Classics maybe I'll get better because you can handle long distances better." 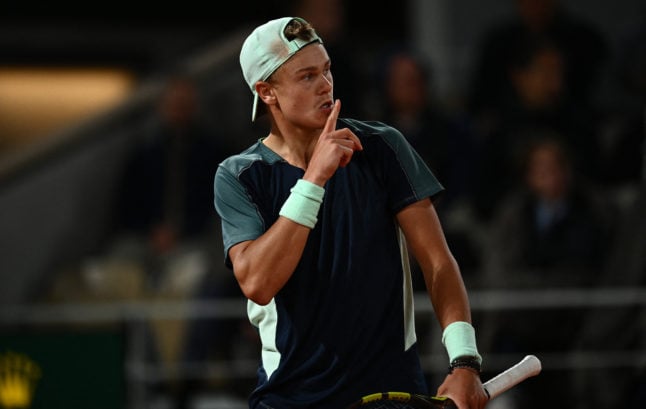