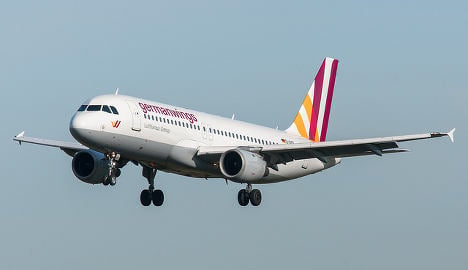 A Germanwings flight leaving Dusseldorf. Photo: Gerard van der Schaaf
“It would have triggered a duty of notification to the aviation authorities in Norway,” Lars Tjensvoll, a doctor for Norway’s Civil Aviation Authority at Fornebu told Norway’s state broadcaster NRK. “Even I have sent notice to the aviation Authority of pilots who were not fit to fly.”
According to German prosecutors, Lubitz had been given a sick note by his doctor for Tuesday, the day he crashed his Airbus A320 into the side of a mountain in the French Alps, but had ripped it up and arrived to fly the plane anyway.
The doctors had not informed Germanwings of the risk, however.
In Germany, as in most other countries, a doctor’s duty of confidentiality trumps safety concerns.
“It's very unique and very fortunate that we have this law in Norway,” Tjensvoll said. “I’ve talked with colleagues in other countries envy us this legislation.”
German prosecutors said on Friday morning that they had discovered documents in Lubitz’s house which pointed to a serious medical condition.
“Documents with medical contents were confiscated that point towards an existing illness and corresponding treatment by doctors," the prosecutors' office in Dusseldorf, said, according to Reuters.
"The fact there are sick notes saying he was unable to work, among other things, that were found torn up, which were recent and even from the day of the crime, support the assumption based on the preliminary examination that the deceased hid his illness from his employer and his professional colleagues.”
Url copied to clipboard!