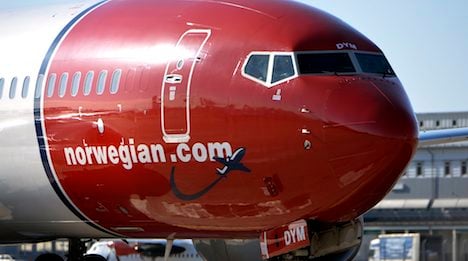 "When one person leaves the cockpit, two people will now have to be there," Norwegian's flight operations director Thomas Hesthammer said on Thursday, after French officials said the co-pilot of the doomed Germanwings flight that crashed on Tuesday appeared to have locked the pilot out of the cockpit and deliberately crashed the plane.

French prosecutors suspect Andreas Lubitz, 28,  "voluntarily" initiated the descent of the flight towards the French Alps where it crashed near the village of Barcelonnette, killing all 150 people on board.
According to reports the German pilot had 630 hours of experience (or roughly one year's worth) under his belt, compared to the ten years of his pilot.
Exact details of what happened in the cockpit during the 11-minute descent remain unknown, but it is understood that Lubitz's breathing could be heard while the captain was desperately trying to break through the cockpit door.
Url copied to clipboard!