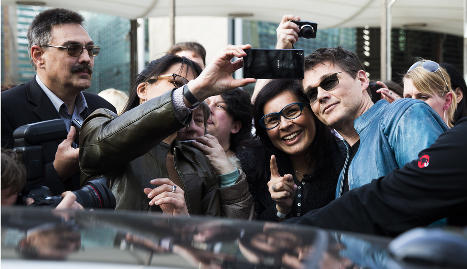 The band members went their separate ways in 2010 after a sell-out world tour entitled Ending On A High Note.
At the time, keyboard player Magne Furuholmen was in no doubt the band's days were over and told a Norwegian newspaper that "an ABBA reunion is more likely than us getting back together."
While there are no signs Swedish disco giants ABBA plan to dust off their flares, the Norwegian trio said they would release their tenth album called "Cast In Steel" in September and plan concerts in Germany, Austria and
Switzerland in 2016.
"If there is more to say, why wouldn't we say it?" A-ha's guitarist Paul Waaktaar-Savoy said in an online press conference from Berlin. "If the band in itself has more to present, why wouldn't we do it?"
The band shot to the top of the charts in 27 countries with the single "Take on Me" in 1985 and followed up the success with a string of hits including "Hunting High and Low", "The Sun Always Shines on TV" and "Crying in the Rain".
In the mid-1990s the band split and lead singer Morten Harket embarked on a solo career until the trio reunited and released a new single "Summer Moved On" in 2000 followed by three albums.
Their latest comeback announcement was met with mixed reactions in Norway.
An editorial in Verdens Gang daily entitled "A-ha: a brand not a band" compared the trio's refusal to call it a day to the repeated returns of Britain's Rolling Stones.
"A guilt-edged and marketable brand that is dusted-off and brought back… when the members' representatives have reached agreement around a conference table," the paper wrote.
Url copied to clipboard!