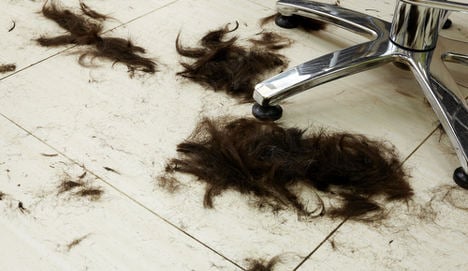 This is not the hair used in the crime. Photo: Shutterstock.
According to prosecutor Harald Bilberg, the man, who is in his 40s, is claiming that the recipient of the home-made hairpiece had consented to the treatment.
“He was bald, so the accused claims that they had agreed to create a toupée for the aggrieved party,” Bilberg told the Bergens Tidende newspaper. “I must admit that I have never encountered such a case in my career.”
The man is also being tried for a series of other petty crimes, including burglaries and thefts, which took place in the northern districts of Hordaland county.
“We are not talking about serious crimes, but it’s more of a nuisance. These incidents happened a long way out in the police district, and we therefore believe it is important that those who live there are protected,” Bilberg said.
The man has already been convicted seven times and fined 13 times.
He was arrested once again on Friday after breaking the restraining order imposed to protect the recipient of the home-made toupée.
Url copied to clipboard!