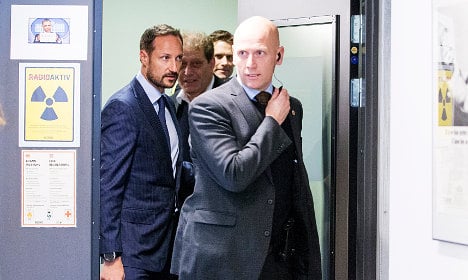 The justice ministry added to its list Bellona-Murmansk, part of Norwegian-based Bellona Foundation, which monitors nuclear safety issues in the region, taking the total number of groups given the controversial classification to 48.

The law — aimed at groups that receive funding from abroad — has angered NGOs by forcing them to use the foreign agent tag that carries connotations of Cold War espionage. The legislation has already hit organisations including Russia's leading rights group Memorial.

President Vladimir Putin — who signed the law back in 2012 — has described it as vital "self-defence" against the financing of political activities in Russia from abroad.

The Bellona Foundation is an Oslo-based environmental organisation founded in 1986 which has international offices in Brussels and the northern Russian cities of Saint Petersburg and Murmansk. The Murmansk group began working in 1990.

Bellona has repeatedly sounded the alarm on safety problems with Russia's nuclear facilities.

The chairman of Bellona-Murmansk, Andrei Zolotkov, told AFP that justice ministry officials searched the office after a tip-off and seized on a report published by the Bellona Foundation and a quote in a brochure.

"We have international funding, we didn't hide that. They considered that a few phrases counted as political activity," Zolotkov said.

"We don't have any lawyers, we are just environmentalists," he said, adding that the group planned to change its structure to get around the law.

Russia has just permitted groups named as "foreign agents" to go to court to try to get the label lifted, but Zolotkov said this was not an option for his small organisation.

"We don't want to do pointless and expensive work. You need to go to court in Moscow and as of today there are no signs that it's possible to win this."

"We have been working more than 20 years, we thought we were doing essential work and we were pioneers in this area, especially in nuclear and radiation safety in the northwest," Zolotkov said.