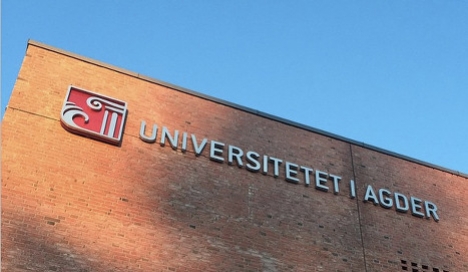 A building at the University of Agder, where the Chinese and German researchers were based. Photo: Agder University website
This is the first time a reason has been given for the expulsion in January of the two men, an applied Mathematics professor of Iranian origin and a Chinese PHD student ostensibly researching wind power.
“In short, this matter is all about about a research project that we believed would aid the further development of the most advanced high-speed missiles, in this context, for the benefit of China,” Arne Christian Haugstøyl from PST told TV2.
The two researchers have gone to court seeking to reverse the expulsion.
“It is incomprehensible to him,” said Arild Humlen, the lawyer representing the Iranian, who is a European citizen with longstanding ties to the university. “He strongly disagrees with this expulsion and the way the process leading to the expulsion was handled.”
Nils Anders Grønås, who represents the Chinese student, said his client had followed all the normal rules and guidelines and could not see how his research was illegal. He had been just weeks from completed his PHD when PST intervened, he added.
Haugstøyl denied Humlen's accusation that PST had misunderstood the research.
“We are absolutely clear that we have not have misunderstood the issue here, and we have also used external expertise from the Armed Forces Research institute,” he said.
“The reason that PST has got involved in this matter is that the technology being researched here is strictly regulated by export control regulations."
Url copied to clipboard!