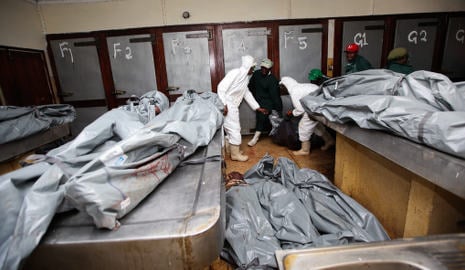 Bodies of some of victims killed in an al-Shabaab attack on a quarry in Mandera. Photo: EPA / DANIEL IRUNGU
Mohamud Jamal, 40, told Norway’s NRK that he had been on holiday in Nanyuki, near the Somali border, when he was arrested for reasons “beyond comprehension”.
“They never said a word about exactly why I was arrested,” Jamal told NRK. “I'm a bit angry, because I went through hell there. It is unfair. They have taken the wrong person and they could at least have said sorry. But I am glad that I am free.”
Jamal was one of six Somalis on trial in Nairobi last week for their alleged role in carrying out two massacres.
Al-Shabaab terrorists stormed a bus in Mandera, north-east Kenya, in November last year, executing everyone who could not cite verses from the Koran.
Two weeks later, they attacked a quarry in the same region, killing the 36 workers they surprised while they slept.
Jamal said that his Kenyan police interrogator has realised he had not been involved in the attacks as soon as he was sent to Nairobi from Nanyuki, the town where he was first arrested.
“After a while, the person that interrogated me said that I really should not have been arrested. He said it would work out,” he said.
The Norwegian citizen was in prison for more than a week before he was released on Friday.
"The lawyer told the police that they had nothing on me and on Friday afternoon a policeman said to me: 'Now you are exonerated and you can leave whenever you want'".
“We are aware that he has been released after a decision by the Kenyan authorities,” Eskil Sivertsen from the Norwegian Foreign Ministry told NRK. “The embassy in Nairobi has assisted in the usual way.” 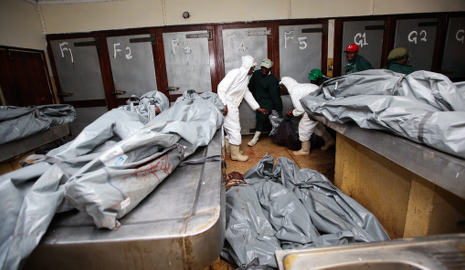 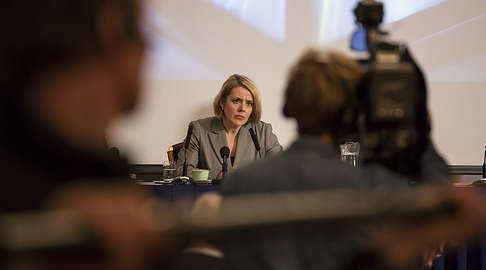