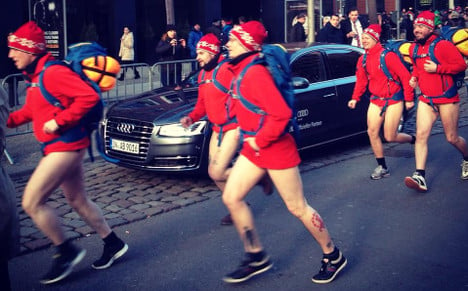 The Norwegians runners. Photo: Facebook/Mot Naturen
The streak lasted only a matter of minutes before German police swooped in and seized the bare-buttocked northerners.
“What this group has done is against German law,” Martin Werle, one of the policemen, told Aftenposten. “It is not allowed to run naked in the streets in Germany.”
The run was a publicity stunt aimed at promoting the Norwegian film “Out of Nature”, which had its première on Monday evening at this year’s Berlin International Film Festival and which follows a man on a two-day naked hike through the Norwegian mountains.
In the film Martin, played by the film’s director, Ole Giæver, lets it all hang out both physically and mentally, with viewers able to hear his most private thoughts, which range from what would happen if you shaved off your public hair, to whether he should leave his family and start a new life.
It is unlikely that the group will face charges, as producer Maria Ekerhovd charmed the responding police officers.
“This business will easily be resolved,” she said. “The police were very friendly, and we have actually invited three of them to the official Berlin opening of the film.” 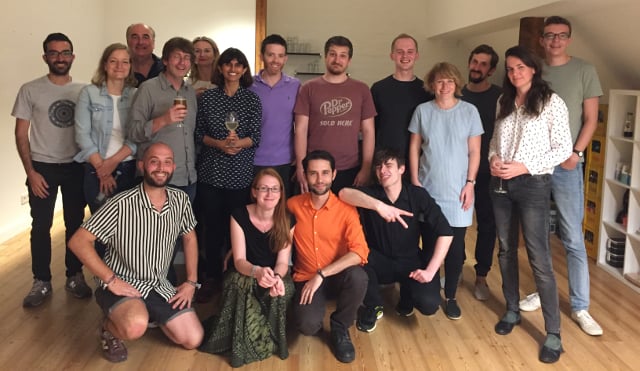 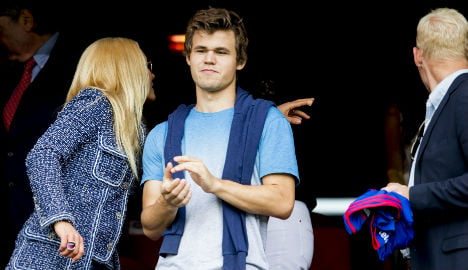 Magnus Carlsen at a football match between Vålerenga and Real Madrid in August. Photo: Vegard Wivestad Grøtt / NTB scanpix
“I dare to take some more chances than they do. I’m just a little more brutal,” the 24-year-old told NRK after his final match with Azerbaijani grandmaster Shakhriyar Mamedyarov.
He said that although he had powered through all fifteen matched in the tournament without losing a single game, almost none of the matches had been an easy ride.
“It is important not to let the results affect you too much and you shouldn’t be afraid of draws when you play in a tournament of 15 rounds,” he said. “There were many games which could have gone either way for me, but I always had a little more time and a little bit of control of position.”
The result sees Carlsen bouncing back from his loss of form at the Norway Chess championships in Stavanger in June, when he lost four matches, coming seventh out of the ten players.
Carlsen said his chess game had changes since he was younger, when he was more competitive and hated to lose.
“I’m becoming a fox, an experienced player. I win most of the games that could tilt either way.”
He said he was looking forward to the Blitz chess championships on Tuesday. 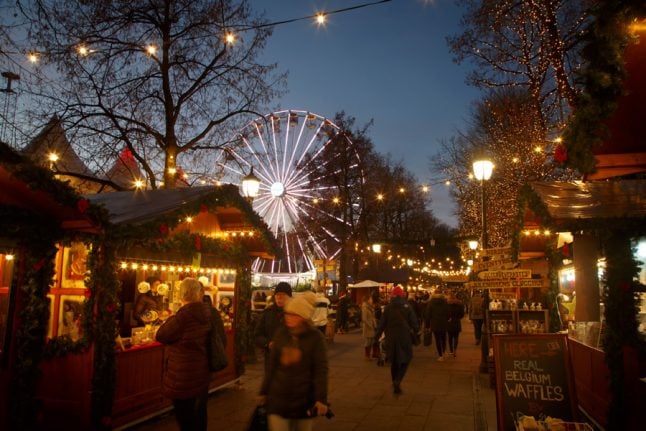