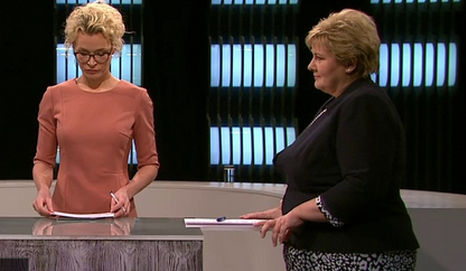 Norwegian Prime Minister speaking on NRK's Debatten programme on Thursday. Photo: NRK screen grab
Speaking on NRK’s Debatten programme on Thursday evening, just hours after her right-wing coalition announced it would not submit the bill to parliament,  Erna Solberg denied that the law had ever been intended to criminalise ordinary people giving money, food or shelter to the homeless.
“It would never have been appropriate for me to put forward a proposal to Parliament that would ban charity, or forbid people from helping others out of conscience,” she said. The passage in the bill proposing a one-year prison sentence for “aiding beggars”, had , she claimed, been “designed to combat organised criminality”.
Norway’s right-wing coalition on Thursday dropped plans to submit the bill after the opposition Centre Party withdrew support for the measure, meaning it had no chance of getting a parliamentary majority.
The bill had spurred international outrage after Norwegian state broadcaster NRK ran a story suggesting that a clause banning “aiding begging” risked criminalising those helping the homeless out of charity.
Inger Husby, from the Oslo suburb of Bøler, told the broadcaster that the wording of the bill meant she might face prison for so much as offering local homeless people a cup of cocoa or a pack lunch.
The story was picked up by media across the world, generating harsh criticism for the oil-rich country's seemingly heartless legislators.
Solberg conceded that the wording of the bill had been unfortunate, but she stressed that it had not been the intention of either her Conservative Party or its right-wing coalition partner the Progress Party to put ordinary charitable Norwegians at risk of a prison sentence.
“The background for this was the situation we had many summers in a row. Many came here and I saw the sanitary problems on our streets. I think that the answer is not that all the poor in Europe come to Norway to beg," she said. "I can see that there is organised crime mixed up in this. Someone is making money out of begging and exploiting people in need.” 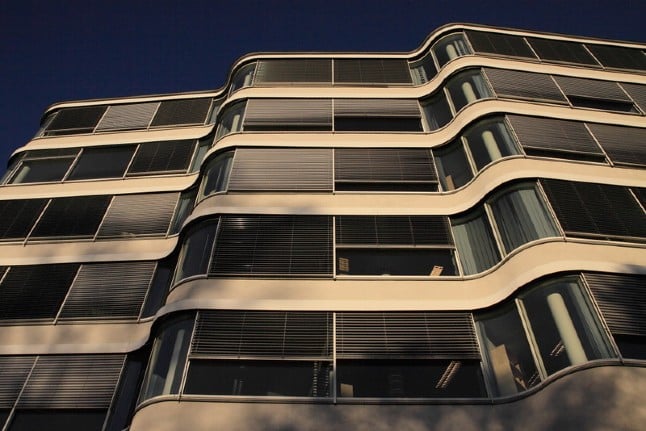