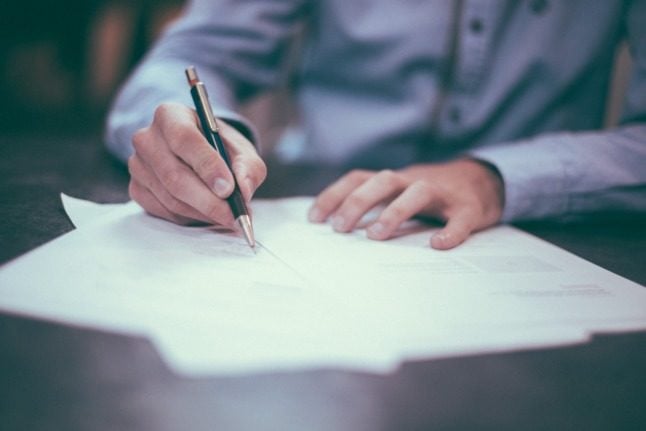 Photo by Scott Graham on Unsplash

“I had been living in Switzerland for ten years, and then out of the blue I got a letter from my bank, saying that since I am an American citizen I had to file some extra paperwork,” Jonathan Weiss tells The Local. “Two weeks later my bank account was frozen.”

Weiss was born in the US, but has lived abroad since age ten, in both Asia and Europe.

“I was just living in Switzerland, working there, minding my own business,” Weiss recalls. “And then I was caught up this net.  I had no idea what to do.”

That was his first encounter with the long arm of US tax law – FATCA.

If you’re an American living abroad, chances are you’ve heard of FATCA. And if you haven’t, you probably should have. Or there may be serious consequences.

“FATCA requires foreign banks to report information to the IRS regarding all financial accounts held by American clients,” Ines Zemelman, a tax agent specializing in expatriate taxes, tells The Local.

Over 100 nations have already agreed to provide the IRS with such information, including Germany, France, Spain, Italy, Switzerland, Austria, Sweden, Denmark, and Norway.

The acronym (which stands for Foreign Account Tax Compliance Act) has been floating around since about 2010, when it was signed into US law. However, the new rules only came into effect in July 2014.

“FATCA was attached as a rider to the 2010 jobs bill,” Deedee Gierow, an American expatriate living in Sweden, tells The Local. “The purpose of it was to go after wealthy people hiding money off-shore. But, as is often the case, it was not well thought-out.”

Americans who fail to report their foreign assets can face hefty delinquency fines – but it’s even more complicated than that.

“Most Americans living abroad do not make enough money in their country of residence to owe tax in the US, but they must nevertheless file taxes with the IRS,” Gierow explains.

“The US is one of only two countries in the world which has citizenship based taxation, the other being Eritrea.”

Gierow is chairman of Democrats Abroad in Sweden, and has spent the last year trying to inform fellow American expatriates about the complications of being a US taxpayer abroad. Many Americans in Sweden have been contacted by their banks about limiting services.

“There is no escaping anything anymore, even if you are perfectly innocent,” she says.

Weiss was one of those “perfectly innocent” American expats stung by the legislation.

“It’s targeted at people who are stashing money off-shore, but I just happened to live abroad,” Weiss says. “Anyone who has relations to the United States is being caught up in this net.”

Indeed, Zemelman says it’s not just people with US passports or green cards who are targeted, though they are among the first.

“That would be too simple,” she says.

Foreign banks have a list of various criteria to examine when determining if clients have a significant connection to the US. Every account is evaluated individually.

“A client may have transferred funds to the US or may have an American address,” Zemelman says.

In such cases the bank will send a form to the client asking if he or she is American – and lying on the statement is considered perjury. If foreign banks refuse to comply with FATCA, they are slapped with a 30 percent fine on all transactions they have with US banks.

“This is very expensive and time-consuming for the banks, and so many banks are closing or denying financial services to US citizens living overseas,” Gierow says.

Foreign banks that provide services to Americans have to ensure that all US tax obligations are met – which means that American clients must provide proof that they are current on their tax filing obligations and their FBAR (Foreign Bank Accounts Report). If not, their accounts can be frozen.

Weiss learned this the hard way.

“I wasn’t aware of any of these things and they only gave me two weeks to respond, and after that they froze my account without warning,” he explains. “They told me I needed to get a professional certification showing that I was compliant, that I had filed all of the FBARs and everything.”

And according to Zemelman, it’s only a matter of time before every American abroad has been contacted about compliance matters.

Zemelman, who has been working with expatriate taxes for 23 years, is also the founder and director of Taxes for Expats, a New York-based tax preparation firm that focuses solely on assisting Americans living abroad.

“Filing back taxes and missing FBARs can be a daunting task when approached solo,” Zemelman says. “But this is something we specialize in. We helped numerous individuals with frozen accounts in Switzerland last year.”

Weiss was one such client.

“I needed someone to help me take care of it urgently,” Weiss says. “It took three weeks to finish everything with Taxes for Expats, and they provided a letter of certification which I took to the bank, and they unfroze my account.”

While the initial compliance shock took him by surprise, Weiss now says that the process of staying compliant is fairly straightforward: he simply files his annual returns with Taxes for Expats who in turn make sure everything is sorted.

Luckily for Weiss, the IRS recently announced a new amnesty programme allowing delinquent American expatriates to get up to date on their FBARs without penalty.

“If you are still in a state of noncompliance, now is the time to act by taking advantage of the Streamlined Filing Procedures,” Zemelmansays. “We’ve helped hundreds of customers since the programme was announced.”

The programme includes filing three years of delinquent tax returns and up to six years of missing FBARs. “However, time is of the essence,” Zemelman says, noting that Americans who have already received multiple non-filing notices will have slimmer chances the longer they wait.

“There is nothing permanent at the IRS,” Zemelman remarks. “The IRS uses carrot methods all the time, but this is the fifth programme of its type. Will the next one be better or harsher? There’s no way of knowing.”

The current amnesty programme was introduced during the summer of 2014, but there’s no telling how long it will last. For those who may not have been aware or up to date on their US tax obligations, the time to act is now.

“It’s a hassle-free process,” Zemelman says. “You provide us with an overview of your financial situation, and we prepare and file the return.”

Now that he understands the laws and precisely what is expected of him, Weiss said he is not resentful of the new regulations. But he does wish he had known earlier.

“It was scary,” he says. “People should be aware of FATCA and deal with it proactively so they don’t have to go through what I did.”

This article was produced by The Local and sponsored by Taxes for Expats. 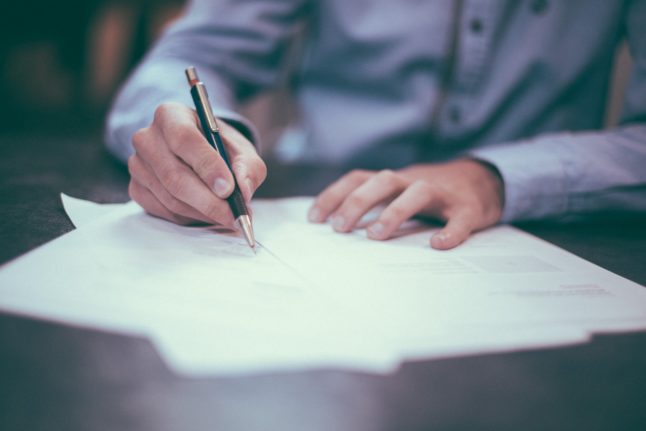 Keeping track of the key dates

Taxes can be tricky for some, but it can pay to be prepared. Keeping track of this year’s key dates when it comes to tax season can be a huge helping hand.

Tax returns are already being sent out and will continue to be posted until April 4th. Then, April 30th will see the deadline to submit your tax return.

If you feel like you need more time to assess the previous year’s finances, the end of April also sees the deadline for applications for a postponed deadline.

READ MORE: The key Norwegian tax season dates you need to know about

You can add your student loan to your debts and claim the interest as tax-deductible. In fact, you are supposed to declare all overseas assets, received and earned interest, in addition to any debts and loans.

However, this means the debt is visible to Norwegian lenders, which can impact your lending ability.

When you receive this will give you a fair idea of whether you can expect money back or if you’ll need to dig into your pockets to pay back any money you owe.

If you receive your tax assessment notice in May, you will likely be due a refund, whereas if you receive it from June onwards, you’ll probably owe the tax man money.

Tax return versus a tax receipt

One of the key differences is that you cannot claim deductions with a tax receipt. Also, some lenders only accept tax returns rather than receipts when it comes to giving credit. This means those on the PAYE scheme may find it challenging to build a credit history in Norway as their income and earnings are not taken into account.

You are expected to pay tax on your worldwide income

Once you are considered a tax resident of Norway, you generally are required to pay tax on your worldwide income. Tax residency is slightly different to legal residence.

The rules can be a bit complex, and if you are earning an income in two countries, several factors will come into play, such as whether Norway has a tax treaty with those countries and how much you are taxed on that income in other countries.

If you have any questions or queries regarding your tax, it is best to contact The Norwegian Tax Administration or a qualified accountant.