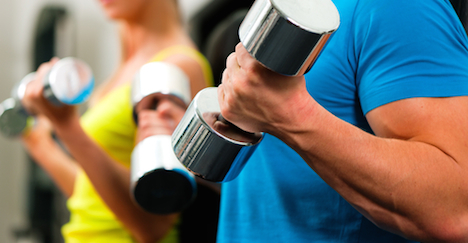 Picture of people working out: Shutterstock

The survey carried out by polling organization Norstat, showed that 17 percent of those surveyed planned to go to a gym during the Christmas period, only slightly fewer than intended to walk round the Christmas tree, a popular Norwegian tradition.

And its not just the gym attracting Norwegians over Christmas. The survey, commissioned by Aktivitetsalliansen, an organization that promotes physical activity, showed that nearly one in four Norwegians plan to go skiing over Christmas. In Oslo, 28 percent said they would take to the slopes.

However, not all Norwegians were planning to be active over the holidays – 36 percent said they find it hard to be physically active at Christmas.

Lars Erik Mørk, spokesperson for Aktivitetsalliansen, said even moderate activity like walking around a tree was worthwhile:

“It doesn’t have to be an activity defined as training to have an effect,” he told Aftenposten.