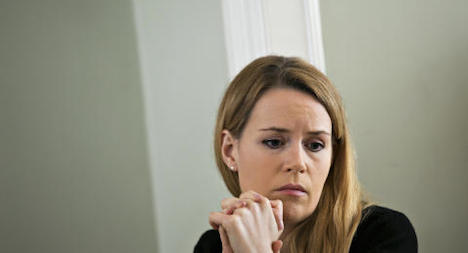 Linda Alzaghari says Norway needs to act more quickly. Photo: Anette Karlsen / NTB scanpix
Norway’s centre-right government published a new plan against violent extremism in June, in which it announced plans to make it a criminal offence to fight in foreign wars.
But Linda Alzaghari, head of Minotenk, a think tank dealing with issues related to ethnic minorities, says the government is too slow to put the plan into action.
“I think they’re on the slow side in putting the plans into practice. The challenge with such a plan is that it looks very fancy on paper, but it’s not as easy to implement it. This shows the problems with such processes when things are urgent,” she told news agency NTB.
She pointed out that the number of people who headed to Syria from Norway rose again during the summer, after falling a bit in the spring.
“The lengthy bureaucratic process means we’re losing valuable time,” she said.
Alzaghari said she was concerned that local authorities might not be able to cope with the return of possibly traumatised fighters from Syria at the same time as handling young people going through a radicalization process.
“Local competence in many towns is too low. We think that a national resource centre should have been established to help municipalities, rather than various local agencies in each municipality having to build up their own competences. That simply takes a little too long,” she said.