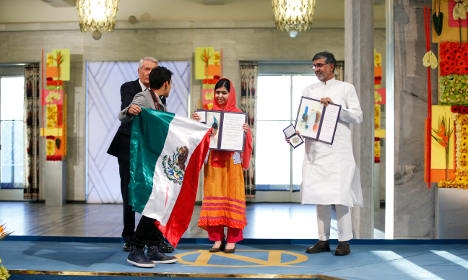 "It's a breach in security for which we apologize," Oslo police Chief John Fredriksen told reporters. "It shouldn't have happened."

The man waved the flag in front of Pakistan's Malala Yousafzai and India's Kailash Satyarthi as the Nobel laureates received their prize to rapturous applause.

The incident was taken especially seriously because child rights activist Malala, the target of an assassination attempt in October 2012 that she miraculously survived, remains a target for Islamist extremists.

Police led the man outside Oslo City Hall, where the ceremony was being held, and detained him.

Members of the Norwegian royal family and several members of the government, including Prime Minister Erna Solberg, were within reach of the flag-carrying man.

"That should not have happened," Solberg said. "We must have better security."

According to Norwegian police, the man arrived November 26th in Norway and applied for asylum on Thursday.

He was not armed and was moved to crash the ceremony because he is "concerned by the political developments in Mexico," Fredriksen said.

He is believed to have called out in English to Malala, "don't forget the students in Mexico," Swedish TV channel TV2 reported. He was potentially referring to the disappearance of 43 students who went missing at the end of September in southern Mexico.

The man didn't have an invitation to the ceremony, but he slipped in with a group of journalists. 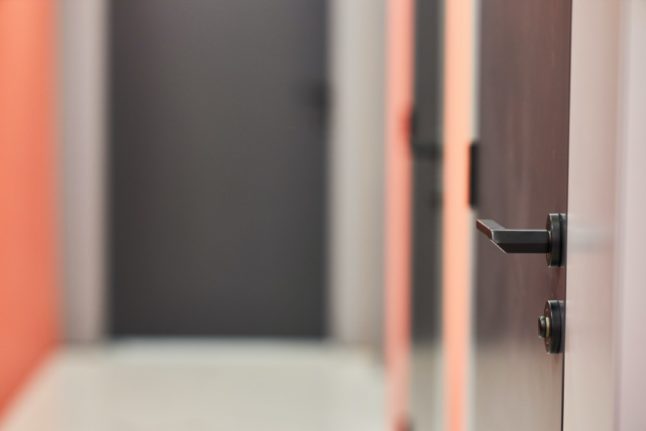