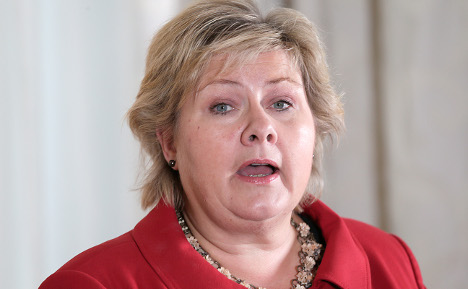 Recent polls show Solberg is popular as Norway's leader – but she is not quite as popular as before.

According to the latest Ipsos MMI poll, only 30 percent answered that they think she does a good job as prime minister. Fifty-five percent answered that she does an average job, while only 11 percent think that she is doing a bad job.
Quoted in Dagbladet newspaper, which published the results, Solberg said: “I think these are nice numbers.”
The national Budget that the Solberg government presented for 2015, was, however, not so popular. Only 13 percent of people interviewed believed people will do better under the new national Budget, while 33 percent think things are going to get worse. Forty-five percent did not think there was going to be any change.
Election researcher Frank Aarebrot believes the poll is not as positive as Solberg herself thinks, even though it is a ray of hope among a number of recent bad polls for the government parties.