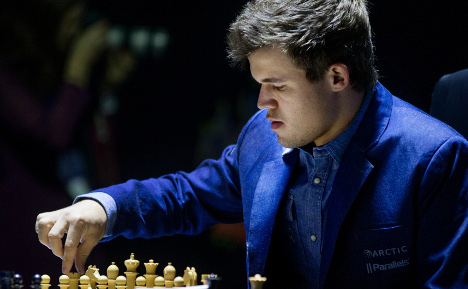 A smiling Carlsen was met by applause when he came to the press conference after the game.

The 23-year-old Norwegian said: “I'm happy and relieved. It was a hard match from the start, and today was one of the toughest days of all.”
Carlsen smiled and said: “I had a feeling that today was the day.”
A disappointed Anand said to the media after the game, his nerves got the better of him on Sunday.
The Indian said about his rival: “My nerves was the first thing to break. [Carlsen's] nerves kept well. He was more stable.”
“He is very strong; I have to admit that he played better in this match,” admitted Anand.

Carlsen won the tournament by being the first player to reach 6.5 points. On his way to the title, Carlsen beat Anand twice, lost once, and drew five times.

Former World Champion Anand played an attacking game and after two hours of play, the 44-years-old got strategic advantage over Carlsen.
An ice-cool Carlsen won back control of the match, and an hour later the Norwegian swung the advantage. In his 33rd move, Carlsen took an important pawn of his rival.
Many chess experts predicted a draw before Sunday's game, but after almost four hours at the chess board, victory went to the 23-year-old in Sochi, Russia. 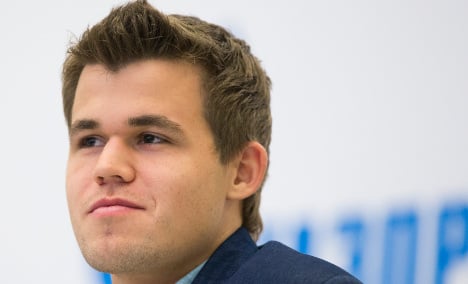 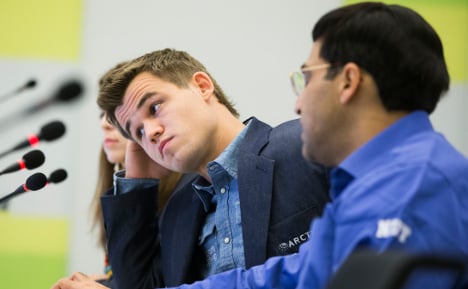