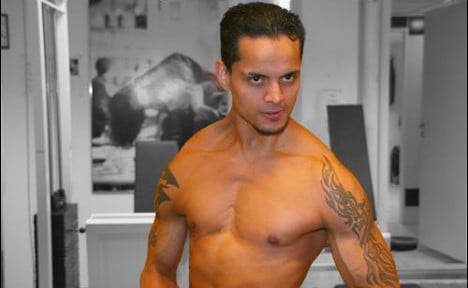 The trial of Julio Kopseng began on Tuesday at Oslo district court.

The 34-year-old Norwegian citizen of South American origin was charged with raping eight women, and for raping and busing his partner.

Kopseng denied all the charges, but admitted the possession of illegal drugs.

This is the second trial of the former TV dancer whose stage name is Julio Gonzales. He is currently serving a sentence for the rape of three young Norwegian women, while two of the rape charges from Tuesday's trial are alleged to have taken place after his first trial and conviction.

Several of the rapes are alleged to have taken place after Kopseng drugged the women. The alleged crimes took place either at the accused's apartment or at other addresses, among those his holiday home in Spain.
Kopseng is also charged with raping a woman in the toilet of Burger King at Karl Johans gate in Oslo.

The man is charged for incidents alleged to have taken place between 2002 and 2013.

Included in the list is an eight-month series of violent assaults, rape and abuse of his partner in 2009. During this time, he forced his female victim to sit in scalding hot bath water and threatened her at knifepoint.

Further charges include theft and possession of illegal substances.

Kopseng was a former professional dancer who performed on the children's television channel NRK Super. He also participated in the TV2 competition "Norske talenter”.

On his Bebo social media profile he described himself as "an Oslo boy trying to find love" and "a demanding boyfriend with an enormous need to feel appreciated".

Sentencing is expected in mid-December.