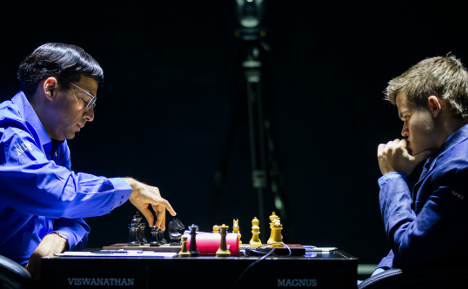 The match lasted an incredible six hours and 20 minutes and featured 122 moves made by the players in total.

In the end, Carlsen and Anand shared the spoils with a draw and a half-point each.

Monday's game stands as the second longest lasting match in the history of the chess World Championship.

The longest championship game ever was played in 1978 between the Russian Grandmasters Viktor Korchnoi and Anatoly Karpov. They then took 124 moves between them to reach a draw also.

After the marathon match, Carlsen refused to meet with the Press, NTB reported.

The Norwegian still leads the series 4-3 with a maximum of five games left to decide the 2014 world champion.

The next game in the series will be played Tuesday.