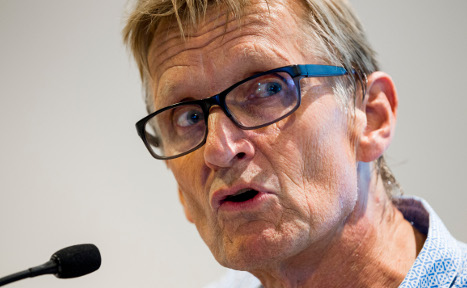 Access to the Gaza Strip, which has been under an Israeli blockade since 2006, is possible only through the Erez crossing from Israel, or the Rafah terminal on the Egyptian border.

But Rafah has been blocked by Cairo since a deadly suicide bombing in the northern Sinai on October 24, leaving Erez as the only point of entry to the Palestinian territory.

News of the ban was first reported last week by Norwegian media which said Israel had barred Gilbert from Gaza for life.

The outspoken trauma specialist — who has worked in the Palestinian territories for three decades — accused Israeli authorities of backtracking Monday, following calls from Norway to reconsider the ban.

"They have a little trouble explaining if I'm banned from Gaza or Israel," he told AFP, adding that he was allowed into Israel in October but denied entry to Gaza by Israeli soldiers and later informed that the ban was "infinite".

Gilbert was one of two dozen European doctors who signed a letter published in leading medical journal The Lancet in July, several weeks into a deadly 50-day confrontation between Israel and Hamas militants in the tiny coastal strip.

The war, which ended on August 26, claimed the lives of around 2,200 Palestinians and 73 people on the Israeli side.

The letter in The Lancet described Israel's Gaza campaign as a "crime against humanity".

Last week an Israeli foreign ministry spokesman said Gilbert was a "Jekyll and Hyde" character who uses his medical status to attack the Jewish state.

Gilbert replied that Israel was trying to cover up the effects of its ongoing blockade of Gaza and to stifle criticism.

"I am a medical doctor who speaks up about the conditions of the Palestinian people which is my duty as a doctor," he said.

"This is not about me, they don't want the world to see what's going on. If they feel threatened or attacked by the facts on the ground — the numbers of killed and injured civilians, the lack of water and supplies due to the siege, the bombing of hospitals and ambulances — then change that, don't kill the messenger," he said.

Hirschson, at the Israeli foreign ministry, denied the ban was a punitive measure, saying it was "exclusively a result of security considerations". He did not explain further.

"The decision is exclusively a result of a security consideration. It is not a punishment, and therefore it has no time frame," he said.

"It is not 'forever' as some have implied, but for as long as the security considerations which have led to it remain the same."

Gilbert, who works at the University Hospital of North Norway's Clinic of Emergency Medicine, also volunteered in Gaza City's Shifa hospital during the 22-day war over New Year 2009 in which more than 1,440 Palestinians were killed.

Last week, Israel said it would not cooperate with a United Nations inquiry into this summer's confrontation with Hamas, accusing it of "obsessive hostility against Israel". 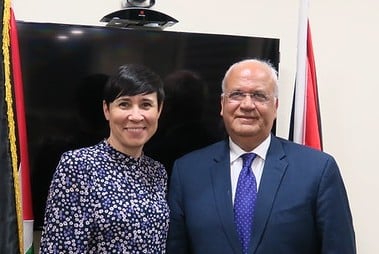