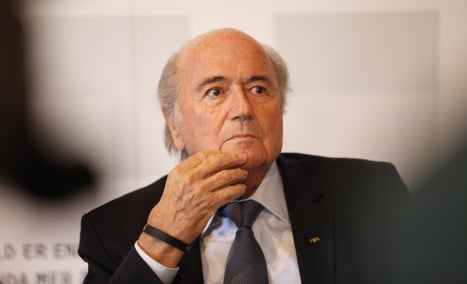 Yngve Hallen, chief of the Norwegian Football Federation (NFF), attended the private dinner when the FIFA president is alleged to have said the controversial statement, according to German newspaper Der Spiegel.

However Hallen has backed Blatter's denials and echoed confirmation that the tournament will kick off in the Gulf state.

Der Spiegel reported Blatter made the remarks at a dinner with football officials in Norway on October 13th. The 78-year-old Swiss was reported as stated Qatar would be stripped of the tournament and was outspoken against Qatar's rulers for supporting Islamic terror groups.

Hallen backed Blatter's statement that he did not make the claims and the Norwegian said to Dagbladet:"We did have an informal dinner but I don't recognise what has been said in the newspaper."

"On the contrary, he was quite clear that the World Cup will be in Qatar."

FIFA have also taken the side of their president and issued a statement on Monday in Blatter's defence that read: "FIFA wants to reiterate that the information provided by the sources‎ does not reflect what actually happened at the dinner in question, which was held during the FIFA president's visit to Oslo in October,"

Blatter is alleged to have also said Qatar's rulers are "arrogant" and "think they're allowed to do anything with their money", reported soccer website Goal.com.

It is set to be a tough week for the FIFA president. The initial findings of the Garcia report, the investigation by FIFA's independent ethics committee into bidding for the 2018 and 2022 World Cups, are scheduled to be revealed at the end of this week.

Russia will host the World Cup in 2018 and Qatar won 2022 after both countries won their respective votes. However, all the bidding countries have been investigated following allegations of rule breaches.