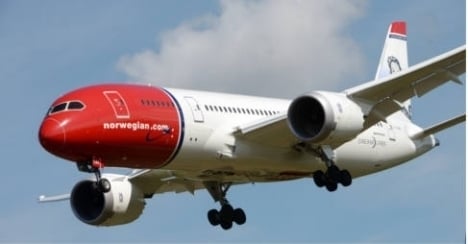 'Norway' and 'cheap' are two words that rarely go together, yet this oil-rich Scandinavian country is where Europe's third-largest budget airline first spread its wings – Norwegian.

Its latest mission is to compete on long-haul routes, a market where budget airlines have tried to gain a foothold without success, and comes at a time when all European airlines face stiff competition from state-backed Gulf rivals.

Founded as a regional airline before turning itself into a low-cost operator in 2002, Norwegian launched into a depressed market suffering from the impact of the 9/11 attacks.

"In order to survive we had to go for costs… And in order to get the costs low enough we had to grow," said Björn Kjos, the fighter pilot-turned-lawyer who is the company's chief executive.

At the heart of Norwegian's success has been a large and modern fleet that consumes less fuel than those of its rivals.

It also focuses on large population areas to ensure flights are never half empty. By contrast, traditional European carriers use connecting flights to fill their planes, meaning the aircraft spend more time in the airport.

"The aircraft isn't earning any money sitting on the ground," Kjos told AFP.

Norwegian's red and white aircraft have an average turnaround time — the time an aircraft must remain parked at the gate — of just 20 minutes in the country's airports.

As it begins to take delivery of the new generation aircraft in 2016, the company will save up to 15 percent on fuel.

From its headquarters — which once belonged to arch-rival SAS before they had to downsize — outside of Oslo the group oversees an ever-expanding route network. It has opened bases in the other Nordic capitals, several Spanish cities and, most recently, in London.

The set-up allows it to hire staff locally on lower salaries than in Norway. For every €100 in revenue, Norwegian pays €17.4  in labour costs compared with €32.1 at SAS, which is 50 percent owned by the governments of the three Scandinavian nations.

This is partly why the low-cost carrier has been profitable since 2006 while troubled SAS, despite several restructuring plans, has only turned a yearly profit once since 2007.

Since last year, Norwegian has offered long-haul flights from Scandinavia to a handful of US destinations and to Bangkok, and since last summer between London's Gatwick and North America.

"The challenge on the Atlantic is that 87 percent of the traffic has been… controlled by the three alliances and of course they don't like any competitors, at least they don't like a new low-cost entrant," Kjos said.

Amid outrage from his rivals, trade unions and some US politicians, the company is still waiting for Washington to grant a license to its Ireland-registered long-haul subsidiary, Norwegian Air International (NAI).

The advantages of an Irish licence include using cheaper non-European staff on transatlantic routes, prompting accusations of social dumping.

"The airline won't even be flying into or out of Ireland. It's just to avoid the application of strong Norwegian labour and social laws," said Ed Wytkind, president of the AFL-CIO, the largest federation of trade unions in the United States.

On the federation's website, he lashed out at "a Wal-Mart-style race to the bottom for cheap labour".

The long-distance routes have also been hit by the teething problems of the 787 Dreamliner, the eighth of which it will receive next year.

Technical problems with the planes have caused disruptions for passengers on affected flights and delays in delivery of Dreamliners has forced Norwegian to resort to expensive leased aircraft.

Along with expansion costs, this has weighed on Norwegian's bottom line and dented its image. The company is facing prosecution in Sweden and Norway, and the term "Kjosfast" ("grounded because of Kjos") has entered the language.

"They lack aircraft for the time being," said Kenneth Sivertsen, an analyst at Arctic Securities, adding that "it's likely that they will make money or at least break even next year" on long-haul flights.

"It will have taken them two years. This is quite acceptable," he said.