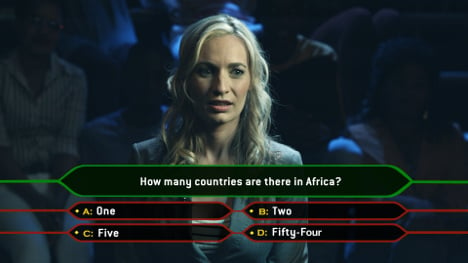 The student organization SAIH released the video which is a comedy-take on stereotypical associations of Africa and charity campaigns by aid organizations.

The Norwegian Students’ and Academics’ International Assistance Fund (SAIH) hopes to draw attention to perceptions of Africa, and is not criticizing young people wanting to go to Africa to work as volunteers. The video parodies the growing trend of students visiting Africa in the name of charity or volunteering, but without an authentic moral sense of altruism.
Leader of SAIH, Jørn Wichne Pedersen, said: “We wish to combat stereotypical and negative communication as used by other aid organizations' videos.”
The video called 'Who wants to be a volunteer?' uses humour and reality TV and it is hoped the video will go viral.
This year's video is a nominee for Norway's Rusty Radiator Awards. Winners are announced on December 2nd in Oslo, where the best and the worst aid campaigns will be voted for.
Pedersen said: “The goal of the award is to promote more creativity and innovation within aid assistance communication.”

SAIH was established in 1961 and there are member groups across Norway. The organization is funded by voluntary donations by students. Approximately 130,000 students donate each year to SAIH's 6 million kroner fund. Seventy percent of the fund is spent overseas with partners in Africa and South America.