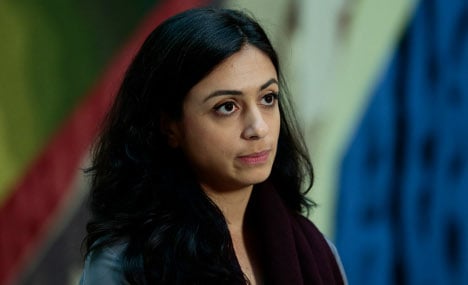 The updated terror alert will not mean any change in the policy to send aid in the Iraq conflict, acccording to Hadia Tajik, head of the justice committee in the Norwegian parliament.

She said to NTB: “There is a wide agreement across Norwegian political parties that Norway will contribute. This is a decision that remains valid.”
Tajik would not comment on whether the Norwegian contributions to Iraq will increase the danger of Norway being hit with its own attack.
“What PST themselves are saying, is that there is a general evaluation that lies behind the upgrading of the threat level,” said Tajik.
Speaking in Parliament on Wednesday, Prime Minister Erna Solberg also defended Norway's policy to send troops.
"Norway has a tradition for giving military contributions when it is necessary. We have a responsibility and a duty to take our part of the burden when this is asked for. Through our contributions, Norway shows that we are taking this very seriously," she said.
The Norwegian government recently decided to send around 120 persons to Iraq in order to train Iraqi forces.
Tajik pointed out that the evaluations from PST need to be taken seriously and that necessary measures have to also be taken.
PST connected their evaluation to the fact that the rebel group ISIS has encouraged their followers to attack countries who have joined the US-led coalition against the terror group.
Tajik said: “When PST said there is that kind of connection, we base ourselves on the information that the intelligence service has. This is the basis of knowledge that the government can relate to.”
She says preparedness is now necessary in order to handle the situation and, in the long term, intensify preventive work to avoid increased radicalisation in Norway.