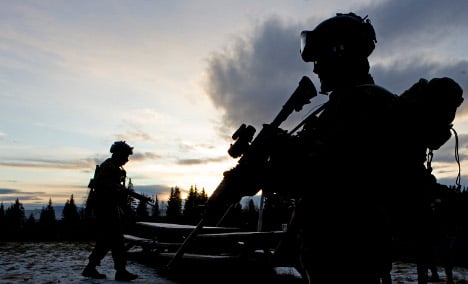 Back in the autumn of 2011, the accused officer made 23-year-old Alice Aspelund bathe naked together with 30 other male soldiers and in front of other male officers in Bodø, North Norway.

Aspelund claimed afterwards she feel abused and would not advise other women to join the army because of the incident.

The Norwegian Armed Forces issued the male officer with a harsh disciplinary warning for his behaviour and a fine of 2,500 kroner. He was later transferred to another division and given a desk-based job.
The official reprimand was cancelled after the officer appealed his judgement.
Press spokesman for the Norwegian Armed Forces, Dag Aamoth, said on Monday the army believes the officer acted wrongly, even though he is now not reprimanded.
Aamoth said: “It is unacceptable that a female soldier is ordered to bathe naked in front of her fellow soldiers.”