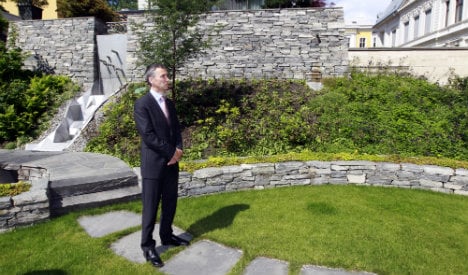 Norway and Hungary fell out in the spring when Oslo suspended its aid to Hungarian Prime Minister Viktor Orban's conservative government over doubts about the way the funds were managed.

However, it continued funding Hungarian NGOs, and an assistant to Orban, Janos Lazar, accused Oslo of trying to "interfere in Hungarian politics" with the aid.

But Norway's minister for European affairs, Vidar Helgesen, said Friday it would continue with the funding and decried an "authoritarian trend which is deeply disturbing" in Hungary.

Budapest has investigated a series of Norwegian-funded NGOs on suspicion of fraud, and last week it said it had found "irregularities" in 61 of 63 projects.

Hungarian investigators said they would press charges against the Okotars Foundation, the main distributor of the funds, "on suspicion of mismanagement, budget fraud, forgery of private documents and unauthorised financial activity".

But Helgesen said, "We don't attach a lot of credibility to that report to put it mildly.

"We made it clear that it's up to the donors to perform audits," he said, adding that one such audit is being conducted now.

"We think this is a challenge to the European Union, to the fundamental values and principles of the EU and that the EU therefore should address that," he said. Norway itself is not a member of the EU.

The aid had been distributed for years in line with an agreement signed in 1994 enabling the EU and three non-EU states, including Norway, to help reduce social and economic inequalities in poorer EU members.

Both the US and the EU have criticised in recent months what they have described as a decline in the rule of law under Orban, who openly advocates the establishment of an "illiberal" state, citing China and Russia as models.