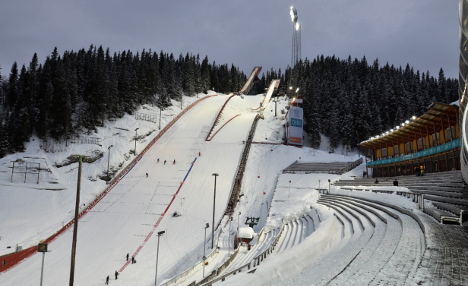 Tromdheim to co-host the 2026 Winter Olympics may be a slippery slope. Photo: Ned Alley / Scanpix

Tromdheim in Norway is being paired alongside Åre in Sweden as two cities capable of bringing the games back to Scandinavia.

Gunhildrud said to Nationen: “We definitely believe that Norway needs a new Olympics' event. We feel very sorry for Tromsø not making it – and then Oslo. But we realise that those opportunities are now past. Now we have to look ahead towards 2026.”
All the debate about Tromsø and Oslo being suitable to host a games plus the price tag on arranging an Olympics event has not deterred Gunhildrud. He believes cooperation between Tromdheim and Åre in Sweden is the solution to many problems.
“When two government budgets split the costs, arranging the Olympics will become far less expensive,” said Gunhildrud.
The Swedish have not been asked what they think of the idea, but Gunhildrud indicated Åre were positive to arranging the Olympics once before.
NTG board member, Arild Strømnes, suggested Tromdheim would likely be chosen to host the Skiing World Championship in 2021. This would mean Tromdheim would have the sports facilities and infrastructure in place for a 2026 bid. In addition, Åre will arrange the World Championship in alpine skiing in a few years, while Östersund, being close to Åre, will arrange the World Championship in biathlon.
The mayor of Tromdheim Rita Ottervik, thinks arranging the Olympics is an exciting prospect. She's supported by former mayor of Tromdheim, Marvin Wiseth, who believes it will be difficult to find support for the idea from people in general.