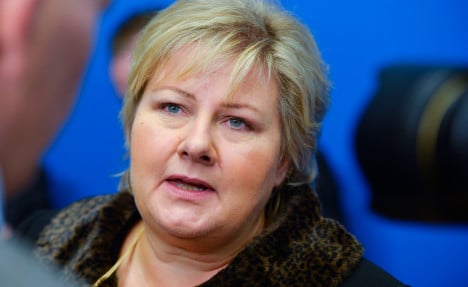 The Norwegian forces will not participate directly in military strikes against Isis, but will contribute to building up strength on the Iraqi side.
Since August US and allied nations have made airstrikes against Isis targets in Iraq.
The Norwegian government also wants to send up to 75 soldiers to a new NATO operation in Afghanistan, called the "Resolute Support Mission."
According to NTB, the proposal to send military personnel to Iraq will be presented to the defence and foreign affairs committee in parliament on Thursday in Oslo.
Prime Minister Erna Solberg didn't want on Wednesday to say anything about the contents of the proposition. Minister of Defence, Ine Eriksen Søreide, first made the announcement in September regarding the possibility of sending military staff to train and assist Iraqi security forces.
Nato's new force in Afghanistan will consist of approximately 12,000 soldiers, and will take over far fewer security tasks in the country after the expiration of the Isaf force’s mandate in the new year.