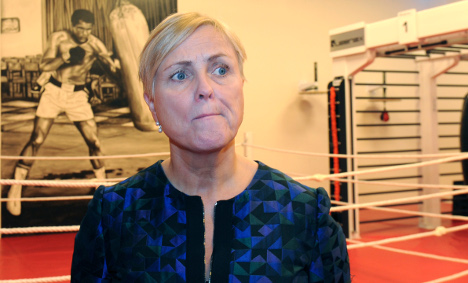 Of the 18 members in the Norwegian government, only five of them earn enough to be eligible for tax, according to the tax list for 2013. Minister of Culture Thorhild Widvey from the Conservative Party is the richest of them, with a taxable fortune of nearly 3.5 million kroner.

Prime Minister Erna Solberg was second richest, earning 1.5 million kroner ($230,000), according to NRK.
Conservative MP Vidar Helgesen, Minister of EEC (European Economic Community) Affairs was the only MP listed with a zero kroner income last year. Meanwhile, his colleague in the Department of Foreign Affairs, Minister of Foreign Affairs Børge Brende (Conservative Party), was the one in the government with the highest earner last year – more than 4.7 million kroner ($720,000).
Brende only paid 324,000 kroner ($50,000) in tax to Norway last year, but, in addition, he paid more than 2 million kroner ($305,000) in tax to Switzerland, where he until October last year worked as a director for the World Economic Forum, according to the Department of Foreign Affairs.