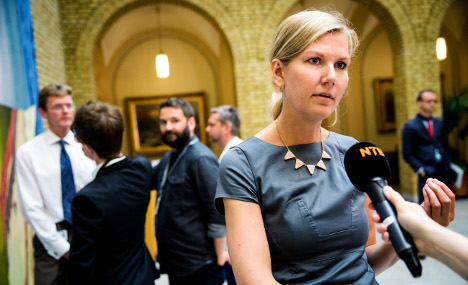 The statement was made by Labour MP Marianne Marthinsen on Tuesday in response to the government's decision.

The Labour Party will deliver an alternative budget proposal that will seek to cut Norway's oil money spend in 2015 by 2 billion kroner ($300 million), compared to what the government wants to spend.

In Norway the other opposition have joined the Labour Party to begin working on alternative national budget proposals for 2015 and all will be presented at the end of October.

Minister of Finance, Siv Jensen, announced a spend of 164 billion kroner ($25 billion) from the oil fund in the government’s budget proposal. The figure is 17 billion kroner ($2.6 billion) more than this year, and 31 billion kroner ($4.7 billion) more than Norway spent during 2009, the year of financial crisis.
The increase is 18 percent higher than what the Conservative Party originally proposed one year ago. The government is going to spend oil income equal to 3 percent of the total earnings from the oil fund.
Marianne Marthinsen believes the government has planned to spend a share of the of oil money that is dramatically higher than what the former government under Jens Stoltenberg stood for.
The MP proposes a cut by 2 billion kroner that is in line with the national budget recommendations the Labour Party opted for when they led government.
Marthinsen said to Dagens Næringsliv: “Back then, spending the oil money increased by between 12 and 15 billion kroner each year. We will [in our proposal] now be a little bit above that amount, which can be justified given the moderate downturn we see in our economy. We take a big step away from the slide that Erna Solberg and the government have now put themselves on. They have done this to avoid the tough task they would otherwise have had to finance the tax reliefs.”