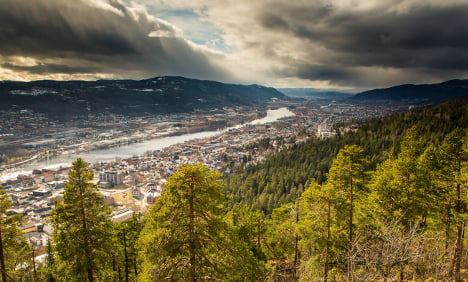 Photo: The city of Drammens, 10km west of Oslo. Shutterstock

The men in their thirties set up a charity organization in Drammens, South Norway, that pretended to be raising cash to fight drug abuse among children and youngsters.

“The money went straight into the pockets of the three behind the organization,” said police attorney Hans Lyder Haare to Drammens Tidende newspaper.
Police believe the three men from Drammens received almost 2.3 million kroner ($355,000) before they were caught. Outstanding claims for money sent to potential donors totalled 2.9 million kroner ($450,000), police believe.
Lawyer Karsten Gjone, defending one of the charged men, said: “My client denies having anything to do with all of this. Beyond that, there is nothing more I can say about it now.”
The two other defence lawyers in the case refused to comment to NTB on the charge.